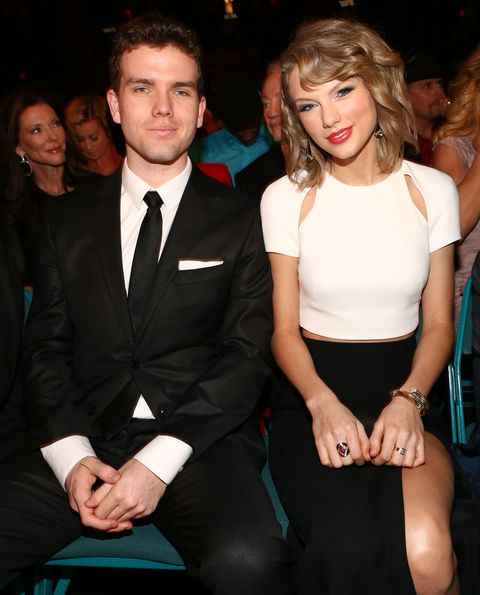 In case you thought Lorde had been excommunicated from the squad, she sent out a tweet letting us know that, even though she hasn't been welcomed to the stage as one of Taylor Swift's 7 million guests, she is still in the Dear Leader's good graces.

Lorde, who did not attend the VMAs but did hit up an after-party in rainbow chevron Mary Katrantzou, shared a "who knew we'd end up here" moment that passed between Tay Tay and her brother Austin.

Note #1: Here is what a banquette heaving with models looks like. Note #2: Of course she had a photo handy.