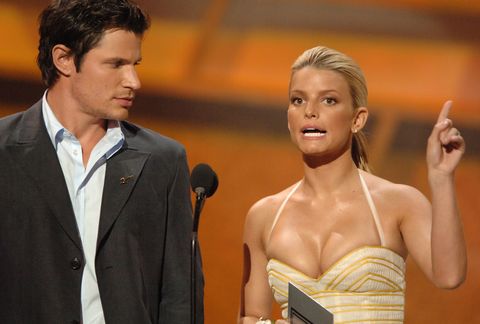 Are there people who don't have regrets when it comes to love? Maybe. But when it comes to relationships, we all probably have a horror story (or five). Most of us chalk it up to youth or inexperience or sayings like "everything happens for a reason" because that's just life. But Jessica Simpson definitely laid it all out on the line during an appearance on CNBC on Thursday, when she admitted that marrying Nick Lachey was one of the worst financial decisions of her life.

"The biggest money mistake? I don't know. For some reason I thought of my first marriage," Simpson said, laughing.

But if you think Simpson is making a joke, apparently not so much: "That's actually a very common response," Kelly Evans says, which is very nice and also very scary. (Consider this your wedding budget/prenup PSA.)