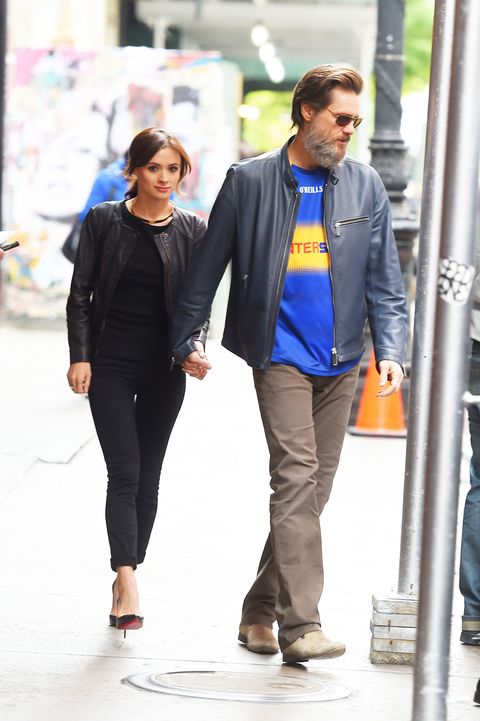 The family of Cathriona White—Jim Carrey's girlfriend who died on Monday of an apparent suicide—have issued an emotional statement in the wake of her death:

"The family of Cathriona White sincerely regret the untimely passing of their beloved daughter and sister. Cathriona was a shining light in our lives who was loved deeply by her entire family. We will miss her terribly and at this difficult time we ask to be left in private to mourn our loss."

White, a 30-year-old Irish native, was found dead Monday night in an L.A. residence in what appeared to be a suicide. An L.A. county official told People magazine that there were pills and a note near her body.

According to the Ireland's Independent, White trained as a beauty therapist in Ireland before moving to Hollywood in 2009. She worked in the entertainment industry, both behind the scenes as an an actor.

She started dating Carrey in 2012, but the relationship only lasted a few months. They reconnected in May of this year, reportedly splitting again before her suicide.

After news broke of White's death, Carrey, 53, issued his own statement, saying "she was a truly kind and delicate Irish flower, too sensitive for this soil, to whom loving and being loved was all that sparkled."

Michael Sebastian Michael Sebastian was named editor-in-chief of Esquire in June 2019 where he oversees print and digital content, strategy and operations.
This content is created and maintained by a third party, and imported onto this page to help users provide their email addresses. You may be able to find more information about this and similar content at piano.io
Advertisement - Continue Reading Below
More From Celebrity
Beyoncé Stuns in a Mesh Dress With Matching Gloves
Lizzo and Chris Evans Had the Best IG Interaction
Advertisement - Continue Reading Below
Travis Shared PDA-Heavy Bday Tribute to Kourtney
How the Queen Ends Awkwardly-Long Handshakes
The Queen Has a Rule Against Bad Talking Family
The Queen Took a Pic of Philip With Her to Funeral
The Queen's Tolerance Was the Key to Her Marriage
J.Lo "Likes" Shady IG Post After A-Rod Split 👀
Beyoncé Shares Photos of Her White Power Suit
Will & Kate Welcomed Harry Back Into Their Group