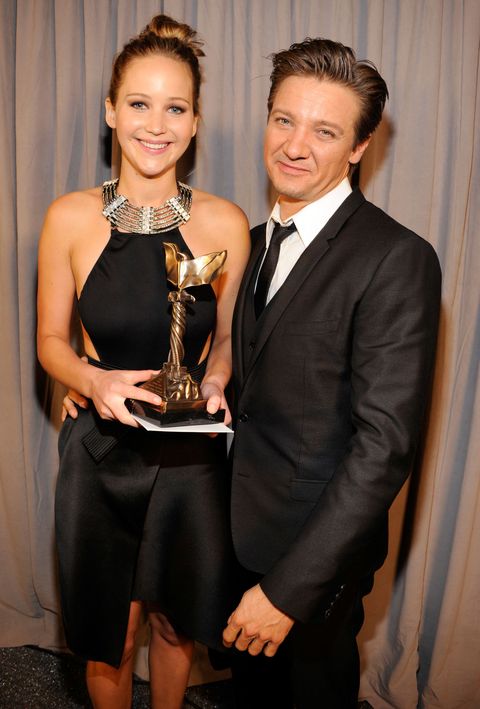 When Jennifer Lawrence wrote her essay about Hollywood's wage gap, celebrities were quick to voice support. Hillary Clinton gave her a round of applause. Bradley Cooper said he'd share his salary information with female costars to help them better negotiate (YAS, Bradley). But his American Hustle co-star Jeremy Renner? *He* doesn't think that's his responsibility.

"That's not my job,"Renner reportedly said during a recent press day. "I don't know contracts and money and all that sort of stuff."

Renner did say he thinks women and men should be paid equally, but he's all about focusing on the work at hand: "I'm a performer and I know human behavior. When it comes to that sort of stuff, I let other people deal with that. I do what I'm good at, that's what I focus on."

Sounds great, but being purely performance-focused is pretty easy when you have the privilege of being paid the going rate. Which is, FYI, exactly what Sienna Miller pointed out when she talked about having to give up a role she really wanted.

*Anyway,* here are some positive responses to Lawrence's essay to make you feel better about life.

O Jennifer Lawrence I love you so. X

Yessssssss! Get it girl xx https://t.co/L3w0nNnqGQ