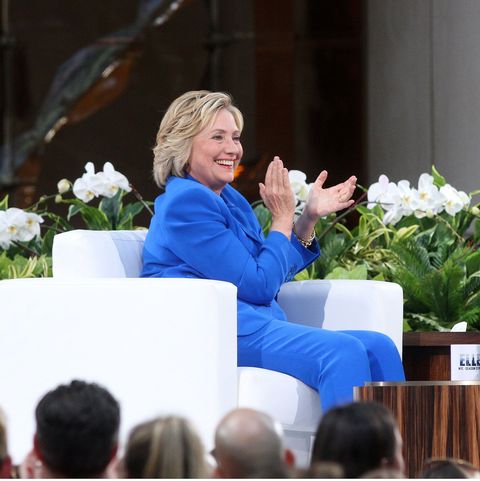 Update, 10/17: Since Jennifer Lawrence's essay on wage inequality hit the Internet, there has been an outpouring of celebrity support from actors and actresses alike, including Elizabeth Banks, Emma Watson, and Lawrence's frequent costar Bradley Cooper. Now, the piece is garnering attention from the political world as well. Hillary Clinton took to Twitter to voice her praise for Lawrence, noting how hard it can be to speak out on such controversial issues as the pay gap between men and women.

Brava, Jennifer. It's hard to speak up against inequity and risk being unpopular—but equal pay matters for us all. http://t.co/g29cRkq5ln

"I’m over trying to find the “adorable” way to state my opinion".

O Jennifer Lawrence I love you so. X

Original Post, 10/14: To be fair, Jennifer Lawrence's essay on the death of "likable" Jennifer Lawrence exploded onto the internet while Bradley Cooper and Sienna Miller were doing press for Burnt, but he handled it like the media-trained champ he is and ultimately gave a neat, self-affirming sound byte.

"One thing I could say is that's interesting," he said in an interview withE! News Tuesday. "Because if you think that you only deserve a certain amount and that's not correct, it's about changing that mindset and sticking up for yourself the way that Sienna did. So that's a great thing."

At that point, Miller reiterated what she first told us in Marie Claire's October issue—that she left a project she wanted to do because the producer was offering less than half her male costar's salary. "[I did] what we have to start doing, unfortunately, at the expense of our creative dreams."

Here's hoping for a time in the near future when it doesn't have to be this way.