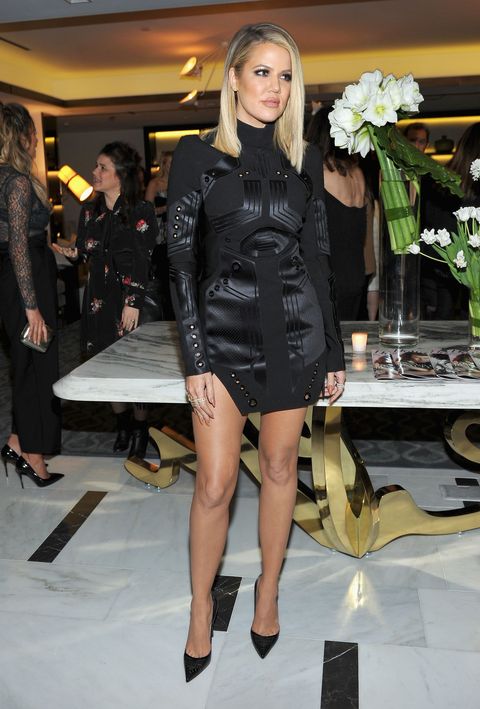 Since Caitlyn Jenner announced her transition, we've seen the Kardashians gradually—some more gradually than others—come to accept the newest member of their family. In a new interview with Ellen DeGeneres, Khloé Kardashian talks about her own changing relationship with Caitlyn, from feeling out of the loop to getting to know an entirely different person.

"I had a hard time because I found out on camera," she said. "We kept asking Bruce what's going on and he kept telling us one thing, but really he knew he was transitioning and he couldn't be honest with us. We felt like we were the last to know, especially me. I'd defended him for so long."

The newly published author also said that even though she and her sisters still refer to Caitlyn as their dad, Caitlyn and Bruce have nothing in common.

"Now I'm fully okay with it, but I think the hardest part for me was understanding that Bruce is totally separate than Caitlyn," she said. "He liked to tell us, ' I'll always be Bruce, I'll always be dad,' and I think he meant that. I don't think Bruce knew fully that when he would be Caitlyn...I mean no one knows what will happen, we're all doing this for the first time. I'm sure he probably hoped maybe glimmers of Bruce can be there."

Watch the clip below, and stay tuned for the full episode airing later today.