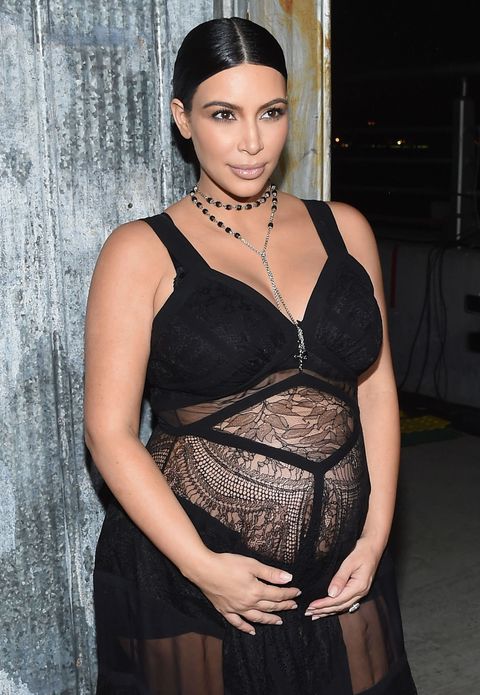 Kim Kardashian is 36 weeks pregnant with her second child, and it's been a somewhat high-stress experience. After struggling to conceive, Kim had to deal with gestational diabetes, and now she's discovered that her baby is breech (his head is up rather than down).

None of Kim's family members have had breech babies, which means she's going through this process largely alone. "I guess 4 percent of women are faced with [breech pregnancies]—so, lucky me!" Kim wrote on her app in the wee hours in the morning. "It's been hard because I usually go to my mom or Kourtney for baby and pregnancy advice, but they both—with nine total pregnancies!—have never experienced one of these crazy things."

Kim is taking matters into her own hands, trying an array of unusual methods to get the baby to turn.  "I lay practically upside down three times a day for 15 minutes," she said. "I play music in the right position and ice my belly in certain spots to get him to squirm out of the breech position. I even started acupuncture where I burn moxa (mugwort) on my pinky toe every day! I am even attempting hypnosis!"

This entire sentence sounds like it could be taken from a Harry Potter book, but Kim says she's experiencing anxiety, so hey—whatever works. Here's to hoping Baby Kimye figures out which way's up thanks to that mugwort.