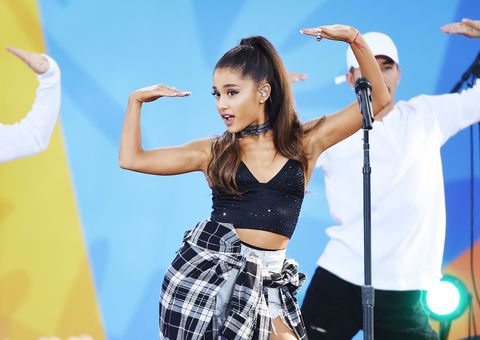 In case you blocked it out due to confection-themed PTSD, Ariana Grande licked an innocent donut and declared "I hate America" last fall. Actually, here you go:

The incident caused an uproar among the nation's Donut Awareness groups, and Ariana had to issue an apology. But thanks to Democratic National Committee emails released by WikiLeaks, we now know that Ariana's potential White House appearance was nixed as a result.

You can read the correspondence here, but in summary, a Lexis-Nexis search about Ariana was sent wide and included the following note: "video caught her licking other peoples' donuts while saying she hates America; Republican Congressman used this video and said it was a double standard that liberals were not upset with her like they are with Trump who criticized Mexicans; cursed out a person on Twitter after that person used an offensive word towards her brother."

Deputy Compliance Director then wrote "finance would like to use Ariana Grand* as a performer for the Gala," to which White House employee Bobby Schmuck simply responded "nope, sorry."

No two words have ever been so chilling.