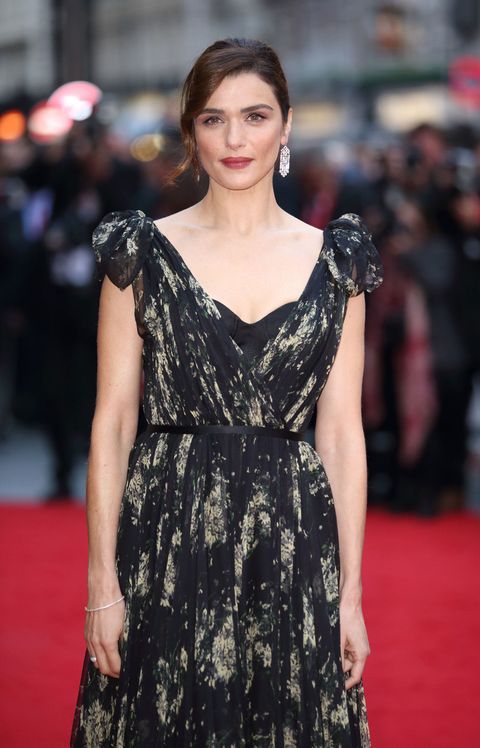 Rachel Weisz's new film Denial is about historian Deborah Lipstadt's famous case against Holocaust denier David Irving, and it's a topic that resonates with her on a personal level.

Both of Weisz's parents are Jewish refugees from Eastern Europe, and her mother managed to escape Austria before the Holocaust thanks to a reverend in England.

"My mom, she got out of Austria, the first country to fall to Hitler, in 1939," Weisz recently revealed. "Anti-Semitic laws had been passed already, so it was a very anti-Semitic climate. My mom's dad had a friend in England named Rev. James Parkes who was a scholar on anti-Semitism. He got my mom and her family out—he saved their lives. When I told Deborah this story, she said, 'I teach him in my class. He's one of the most important writers on British anti-Semitism.'"

Lipstadt (who worked closely with Weisz in preparation for Denial) sent one of Parkes' books to the actress on set, which ended up being used as a prop in the film. "It was quite moving for me," she said. "The man who saved my mother is connected to Deborah."

Weisz filmed parts of the movie in Auschwitz, and tells Time that it's important to remember how recently the crimes committed there took place: "There was something disconnected from humanity. You stop to think, How does a human get to a place where that was okay? A lot of people say, 'It happened ages ago—let's get over it.' Historically, it's a minute ago. My parents were children."

Watch the preview for Denial below.