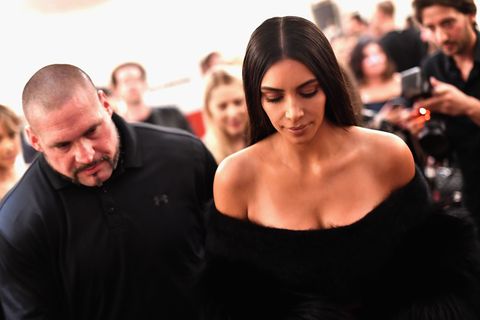 More than a month after she was bound and gagged during a Paris robbery, Kim Kardashian has reportedly parted ways with the bodyguard who was charged with her safety at the time. ET reports that Pascal Duvier has been let go despite working with Kim since 2013, but there are zero hard feelings at play.

"Pascal, along with a couple other security members of their team, were recently let go by Kim and Kanye," a source says. "It's a pretty tough situation overall and they love Pascal, but they couldn't take any more chances."

Duvier was with Kim's older sister Kourtney Kardashian during the night of the attack, and has been dealing with a tremendous amount of social media criticism as a result. Meanwhile, Kim and Kanye have reportedly hired a team of ex secret service agents as part of what Us Weekly's source says is a "complete overhauling of security after the incident."