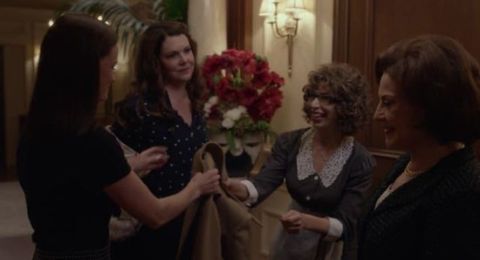 Almost the entire original cast of Gilmore Girls returned for the Netflix revival, A Year in the Life. Even Edward Herrmann, who played Richard Gilmore and passed away in 2014, was a huge presence on the show. But one OG cast member did double duty, reprising her original character and a new one.

Abdoo also played Berta, Emily's unintelligible maid. Emily is notorious for letting maids go after just a few days (or less), but Berta stands the test of time, lasting the entire revival season and even following Emily to her new home in Nantucket.

If you missed this the first time through Gilmore Girls: A Year in the Life, you are not alone. Abdoo is a chameleon.