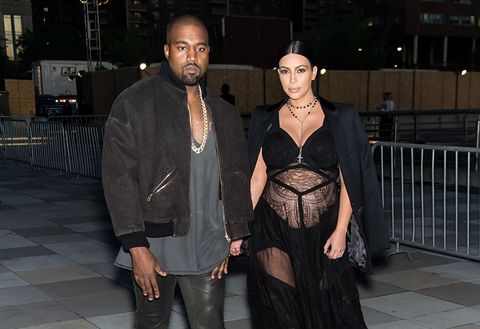 Kanye West spent Thanksgiving at the UCLA Medical Center while recovering from what appears to be a bout of exhaustion (which lead to some alarming behavior), and naturally Kim Kardashian dropped everything to take care of him.

"Kim has been amazing," a source tells Us Weekly. "She knew he couldn't keep going the way he was. She has been by his side through all of this, helping to feed him and laying by his side."

The reality star is said to have been keeping constant vigil by Kanye's bed (with the exception of visiting her kids), and is "keeping a very close watch on him and not letting people disturb him." In particular, she's "being very careful about not letting him get wound up and making sure he rests and recovers."

TMZ reports that Kanye's been "ranting" about people trying to destroy their marriage, which has been hard on Kim. She hopes to have him home today.