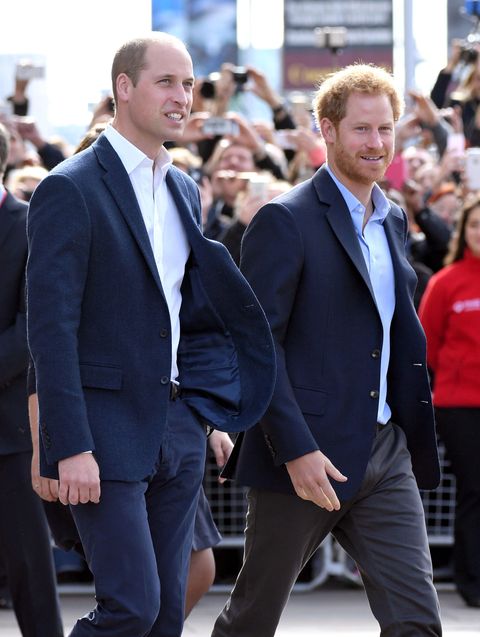 You know that a royal's relationship is serious when he has to give a public statement about it. That's what happened when Prince Harry told the world to give some much-needed privacy to his new girlfriend, Suits star Meghan Markle. And now, even his brother, who has met his potential future sister-in-law, has felt the need to weigh in.

According to The Telegraph, rumors had swirled that Prince William didn't like Harry's decision to go public with the relationship. But it turns out that couldn't be further from the truth. People close to the royals told the paper that the family wouldn't release such a public statement unless they all talked about it beforehand. Apparently, the royals pored over every word before releasing it, especially since both brothers have the same media team.

Kensington Palace cleared the air with yet another statement: "The Duke of Cambridge absolutely understands the situation concerning privacy and supports the need for Prince Harry to support those closest to him."

So lay off, okay? Prince Harry has better things to do, like pose with locals and take in gorgeous views during his current trip to the Caribbean. (Poor guy.)

This content is created and maintained by a third party, and imported onto this page to help users provide their email addresses. You may be able to find more information about this and similar content at piano.io
Advertisement - Continue Reading Below
More From Celebrity
Gigi Hadid Says She Voted With Her BB
Will Asked His Uncle to Talk to Harry About Meghan
Advertisement - Continue Reading Below
Why the Queen Denied Meghan's Wedding Tiara Pick
Will & Harry's Reactions to Their Parents' Divorce
LOL, Kelly Ripa Comments on Her Hubby's Bulge 🍆
Adele Talked About Her Weight Loss on 'SNL'
J.Lo Steps Out in the Perfect Autumnal Look
Harry & Meghan's Drama Won't Be on 'The Crown'
Will's Talk with Charles That Led Him to Kate
The Queen Saved Will from a Breakdown as a Teen