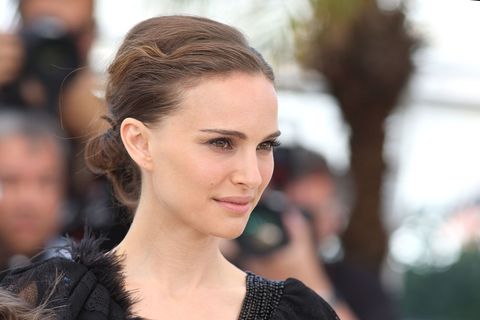 Hollywood spent a lot of time talking about the gender pay gap after Jennifer Lawrence penned an essay on the subject in 2015, but—like most hot button topics—the conversation eventually died down. However, Natalie Portman just opened up about her own experience not making as much money as her male costars, and thank goodness—after all, nothing will change unless women keep speaking up.

"Ashton Kutcher was paid three times as much as me on No Strings Attached," the actress recently told Marie Claire UK. "I knew and I went along with it because there's this thing with 'quotes' in Hollywood. His was three times higher than mine, so they said he should get three times more. I wasn't as pissed as I should have been. I mean, we get paid a lot, so it's hard to complain, but the disparity is crazy."

True that. A 2014 Sony hack revealed that Jennifer Lawrence and Amy Adams were paid significantly less than their costars on American Hustle, and many celebrities have spoken about their own experience with similar disparities.

Time for a major change.

Mehera Bonner Contributor Mehera Bonner is a news writer who focuses on celebrities and royals.
This content is created and maintained by a third party, and imported onto this page to help users provide their email addresses. You may be able to find more information about this and similar content at piano.io
Advertisement - Continue Reading Below
More From Celebrity
William and Kate's Children Just Love Airplanes
Jennifer Aniston Answered Bizarre Fan Questions
Advertisement - Continue Reading Below
Prince Charles "Really Wants to Meet" Lilibet
Britney Spears Deleted Her Instagram Account
Megan Fox Won't Be Told "What a Woman Should Be"
Jennifer Garner Shared an Emotional Message on IG
Travis Scott Discussed His Parenting Style
Kanye West Unfollowed Kim Kardashian on Instagram
Kate Hudson Is Engaged to Danny Fujikawa
J.Lo & Ben Affleck Kiss in Masks at the Met Gala