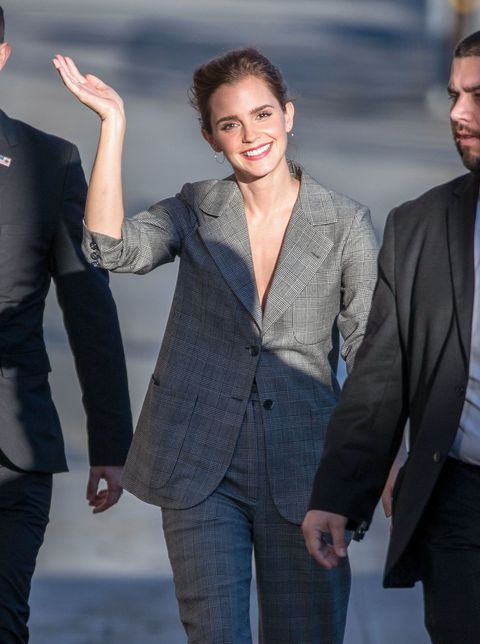 Hands up if you're still nursing a confusing crush on Simba from Lion King. You are not alone friends, and this is a safe space (actually that's a lie: this is the internet and your attraction to animated lions will definitely be judged).

But anyway, much like (some of) the rest of the world, Emma Watson is here for hot animated characters—including Aslan from The Chronicles of Narnia.

"Aslan, in Narnia? I found the lion quite hot," she said during an interview with Yahoo. "Is that wrong? Is that okay? Probably not...No... It's not okay... It's not okay... I'm getting shaking heads. It happens. Sometimes animals in films are hot. I don't know what to say. That's where we're at."

In fact, much like her on-screen character in Beauty and the Beast, Watson also admitted that she's more attracted to Beast than his human alter-ego:

"There's something a bit sad about when he transforms," she said. "You're like a bit...oh...okay you were quite nice before. He is hot. The Beast is hot."