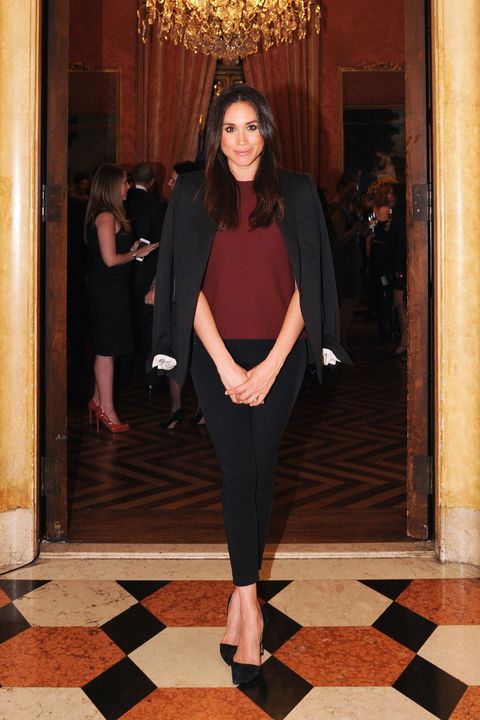 Even though Pippa remains staunchly "no ring, no bring"—her wedding, her rules—another branch of the royal family, at least, have "very much accepted" Meghan Markle as (sort of) one of their own. Well, enough to not give her a hard time at security, that is.

According to People, while guests at Kensington Palace must undergo a strict security screening to enter the compound where Prince Harry and the Duke the Duchess of Cambridge live, Markle simply waltzes through without being hassled. "Harry has made it clear she's to be treated like everyone else who lives there," a source said.

It might also help that the Suits actress has a direct line to her boyfriend's personal secretaries, who can answer any questions re: taking your shoes off, leaving your tiny liquids in the bag, etc. "There have been many times where Meghan's been unsure of protocol," the source said. "And having access to Harry's aides has been a godsend."