The upcoming season of Bachelor in Paradise has been suspended while Warner Brothers investigates alleged "misconduct" that took place on the show's set. The issue reportedly revolves around cast members Corinne Olympios and DeMario Jackson, who apparently engaged in sexual activity in a pool while "extremely drunk." A producer reportedly filed a complaint about what happened.

On Wednesday, Corinne issued a statement, saying she was "a victim" and has "little memory of that night." She added she has hired an attorney and is getting therapy to process the "physical and emotional trauma stemming from that evening." 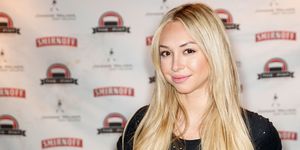 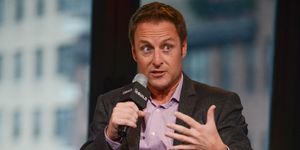 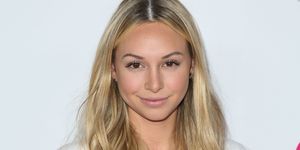 All About the "Bachelor in Paradise" Scandal

Now, DeMario has issued his own official statement about the controversy. "It's unfortunate that my character and family name has been assassinated this past week with false claims and malicious allegations," he said in a statement, according to People. "I will be taking swift and appropriate legal action until my name is cleared and, per the advice of legal counsel, will be seeking all available remedies entitled to me under the laws."

Host Chris Harrison has urged fans not to buy a lot of the "misinformation out there," and to respect the privacy of the people involved. People cites a source who says Bachelor in Paradise will probably not resume filming for the season.