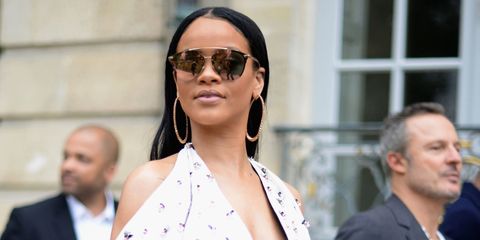 Rihanna plays to win, so it's no wonder that now that she's branching out more and more into acting (she's appearing in this summer's Valerian and the City of a Thousand Planets and the upcoming all-female Ocean's 11 reboot), she's aiming high.

According to Metro, the singer-turned-actress recently revealed that she has her sights set on an Oscar.

"I'd love to get there one day," she said when asked about the prestigious acting award. "Who doesn't want to be told they are doing a great job? Any validation that your work is impacting is rewarding. I work hard and put my all into everything I do but the rest isn't up to me."

But, just because she'd like an Oscar doesn't mean that's what's on her mind when she's actually acting.

While RiRi respects actors who go method, she says she wasn't able to test out the technique herself for Valerian—which is fair, since she plays a shapeshifting alien in the movie and that would be pretty hard to keep up off-set.