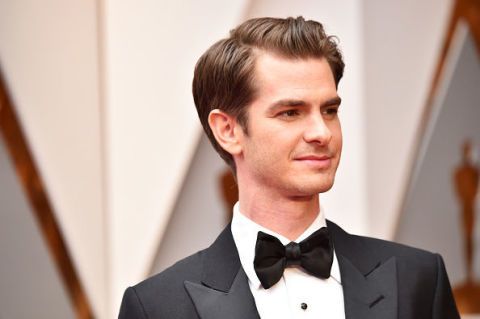 During a recent panel discussion, Andrew Garfield opened up about preparing for his current role as Prior Walter, a gay man living with AIDS in Tony Kushner's, Angels in America. To get into character, the actor explained that, "every Sunday I would have eight friends over and we would just watch Ru. I mean every single series of RuPaul's Drag Race. I mean every series. This is my life outside of this play."

This is . . . uhh . . . kind of questionable, but what has Twitter users really angry is what he said next: "I am a gay man right now just without the physical act—that's all."

Garfield then went on to say that he's not gay, but that he's not ruling that out in the future. "As far as I know, I am not a gay man. Maybe I'll have an awakening later in my life, which I'm sure will be wonderful and I'll get to explore that part of the garden, but right now I'm secluded to my area, which is wonderful, as well." (Sorry, what?)

So, to summarize: Garfield 1) casually claimed an identity (that has resulted in discrimination for many), 2) implied that being gay consists primarily of watching Drag Race and "the physical act," and 3) expressed the belief that one day he can "awaken" and be gay.

Unsurprisingly, the LGBTQ community took to the internet to express their frustrations. A sampling:

This article grosses me out.Ur a talented guy,but seem to be completely oblivious to what is coming out of ur mouth. https://t.co/td9DPhVRmP — Scott Evans (@thescottevans) July 6, 2017

Former #SpiderMan #AndrewGarfield has a very limited view of what being gay ACTUALLY is. #LGBTQ https://t.co/LKmiWl35pM — Jonathan Apollo (@JFantastico6) July 6, 2017

Hey did you know that if you marathon Drag Race you are a gay man? That's all it takes. Who knew. Thanks, Andrew Garfield. 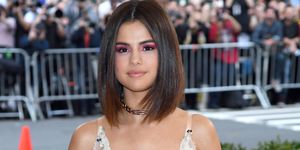 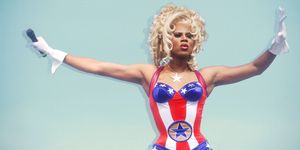 RuPaul on How Drag Can Fight Trump