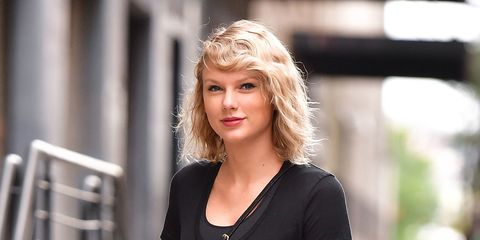 DENVER (AP) — Taylor Swift teared up and hugged her attorneys after a judge determined a former radio host did not prove she personally set out to have him fired for allegedly groping her at a photo op before a concert. But the singer's ordeal isn't over quite yet.

While U.S. District Judge William Martinez threw out David Mueller's case against Swift on Friday, identical allegations against her mother and her radio liaison are expected to go to jurors on Monday.

Mueller sued the three after Swift's team reported the alleged 2013 assault in Denver to his bosses. He is seeking up to $3 million, saying the allegation cost him his reputation and his job.

Swift countersued Mueller, saying she wanted a symbolic $1 and the chance to stand up for other women. The jury will still consider her assault claim.

"I couldn't be more proud to represent somebody like Taylor Swift who's willing to step up in a situation like this," attorney Douglas Baldridge said outside court Friday. He also expressed his gratitude for the judge.

Mueller's team didn't comment on the decision, which followed days of testimony from the singer and others and just before jurors were set to hear closing arguments.

Swift spent an hour on the witness stand Thursday defiantly recounting what she called a "despicable and horrifying and shocking" encounter before a concert.

"He stayed attached to my bare ass-cheek as I lurched away from him," she testified.

"It was a definite grab. A very long grab," she added in her testimony.

Swift's testy exchange with Mueller's attorney occasionally elicited chuckles—even from the six-woman, two-man jury. She got a laugh when she said her security guard saw Mueller "lift my skirt" but someone would have had to have been underneath her to see the actual groping—"and we didn't have anyone positioned there."

Swift testified that after the photo was taken, she tried to get as far away from Mueller as she could. She said she told him and his girlfriend, who was also in the photo, "thank you for coming" in a monotone voice before they left.

She also said she was stunned and did not say anything to Mueller or halt the event after he left because she did not want to disappoint several dozen people waiting in line for photos with her.

In the image, shown to jurors during opening statements but not publicly released, Mueller's hand is behind Swift, just below her waist. Mueller's then-girlfriend, Shannon Melcher, is on the other side of Swift. All three are smiling.

Melcher testified Friday that she saw nothing happen during the brief encounter and that she and Mueller were rudely confronted and escorted out of the arena that evening. Melcher said Mueller was devastated by the accusation.

She said she and Mueller started out as co-workers at country station KYGO-FM and became romantically involved in February 2013, a few months before the concert. They drifted apart late in 2013, but Melcher says they remained friends.

This content is created and maintained by a third party, and imported onto this page to help users provide their email addresses. You may be able to find more information about this and similar content at piano.io
Advertisement - Continue Reading Below
More From Celebrity
Meghan Markle Expresses Sympathies to the Queen
Prince Harry Remembers Prince Philip
Advertisement - Continue Reading Below
Prince William Statement on Prince Philip's Death
Meghan and Harry Are Facing Security Threats
Selena Gomez Is Drenched in Fake Blood on Set
Amanda Seyfried Talked About Having Panic Attacks
Harry Arrives in the U.K. For Philip's Funeral
Matthew Perry Deletes 'Friends' Reunion Instagram
The Queen's Corgis Are Helping Her With Her Grief
Charles is Looking Forward to Seeing Harry Again