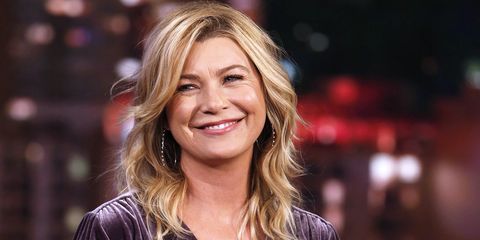 The end of Grey's Anatomy might actually be in sight.

The long-running series' showrunner, Shonda Rhimes, has said that the show will go on as long as ABC and star Ellen Pompeo want it to. After 14 seasons, Pompeo is finally starting to consider when that ending might happen.

“We’re getting there. Shonda and I will make that decision together,” she told Us Weekly. “I think that one of the biggest lessons that this show has taught me and being on this show for so long has taught me, is that relationships do change. And they do grow. They take work. Like any marriage, friendship. You gotta put in the work. You have to accept other people’s flaws, and accept your own flaws and try to change and be a better person. But I think everything is worth the time and effort. And things get better.”

While Pompeo admits that there is an end and that it's nearing (which is news in and of itself, since it was starting to look like Grey's Anatomy would be on forever, with a rotating cast, like a dramatic and medically-focused Saturday Night Live), she won't say exactly when yet. So "getting there" could mean ending on Season 15 or it could mean Season 20. Who's to say?

The biggest clue Pompeo gave about a timeframe for ending the show was her reason for wanting to hang up her scrubs and say goodbye to Meredith Grey: She wants to spend more time with her family, specifically her kids.

"I want to be more involved in my kids’ lives as they get older," she said. "And they need me more, and this world is such a crazy place."

Pompeo's oldest child, Stella, is nine this year, meaning Grey's will presumably end sometime between now and her 18th birthday in 2027.