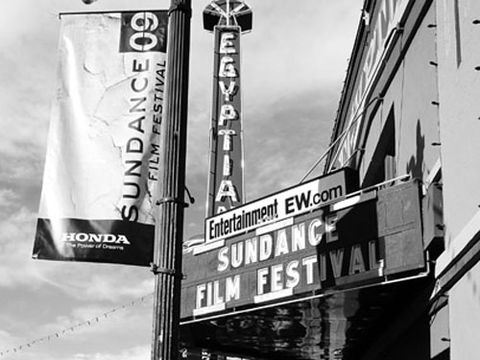 MOVIE OF THE MONTH

SHALL WE KISS? Can a full-on, swoony lip lock ever be innocent, a kiss without consequences? We wish. Virginie Ledoyen as married Judith puts that question to the test when her neurotic, single best friend Nicolas (writer/director Emmanuel Mouret) becomes starved for physical affection. Reversing a tired cliché, here's a guy who can't enjoy sex without romance first. This droll French rom-com follows the duo's efforts not to fall in love, with doomed but delightful ploys that include actually trying for bad sex. The wily script nudges us to wonder if Nicolas is as helpless and nerdy as he seems or Judith as gullible. Ledoyen creates a charmingly down-to-earth heroine, the kind of mythical Frenchwoman who makes a simple crisp white shirt seem preposterously glam and the most outlandish propositions--like tricking her wonderful hunky husband into leaving her--sound downright sensible. Another of Judith's friends recounts the whole sordid story as a cautionary tale after a handsome stranger asks her for a no-ties smooch. No need to resist this enchanting, airy trifle with a surprisingly sober twist.

17 AGAIN An older man's brain locked in Disney-cookie Zac Efron's hard body is a fantasy we'll embrace. Mike (Matthew Perry) gets a do-over 20 years later and wakes up as his 17-year-old self. It's still 2009, and his own kids are now classmates whom he befriends, which makes his ex-wife his new pals' hot mom (real-life hot mom Leslie Mann). The savvy cast raises this comedy above its family-friendly, 13 Going on 30 premise. Endearingly funny, Efron channels Perry's gestures and inflections. Makes us glad our senior year stayed over.

This content is created and maintained by a third party, and imported onto this page to help users provide their email addresses. You may be able to find more information about this and similar content at piano.io
Advertisement - Continue Reading Below
More From Culture
What Songs Are on the 'Virgin River' Soundtrack?
The Very Best Rom-Coms of All Time, Ranked
Advertisement - Continue Reading Below
Netflix's 'Selena' Cast vs. Real Life
It's Been a Weird Year for 'The Bachelorette'
The Best New Christmas Movies of 2020
Meet the Cast of Netflix's 'Virgin River'
Watch the Trailer for the New 'Euphoria' Special
Zac Clark Could Be a 'Bach' Frontrunner
This Guy Is a Frontrunner on 'The Bachelorette'
Will There Be a Season 3 of 'Virgin River'?