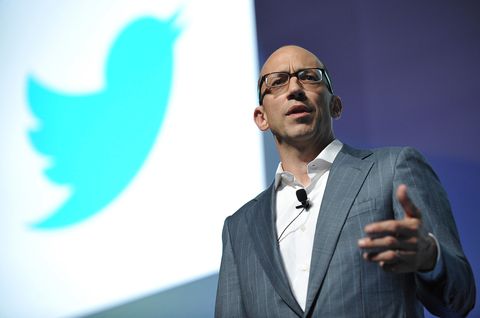 If you're a woman with an opinion on the Internet, you've met a few trolls along the way—and oftentimes, Twitter is their playground.

According to an internal memo obtained today by The Verge, trolls are a matter of personal embarrassment for the staff at Twitter. "We suck at dealing with abuse and trolls on the platform and we've sucked at it for years," CEO Dick Costolo wrote. "I take full responsibility for not being more aggressive on this front. It's nobody else's fault but mine, and it's embarrassing."

Costolo's message was in response to a story reported on This American Life in which writer Lindy West confronts a troll who created a fake Twitter account impersonating her dead father. Sadly, trolls like this are fairly common online. Just to name a few: Musician FKA Twigs was terrorized with racist tweets after she started dating Robert Pattinson, game developer Brianna Wu was forced to flee her home after she spoke about Gamergate, and Robin Williams' daughter, Zelda, had to leave Twitter when trolls harassed her after her father's death.

In his memo, Costolo noted that Twitter is losing users over the issue, and he considers it crucial to "start kicking these people off right and left." And now that it's a publicly traded company, Twitter is starting to take issues like this one more seriously.

Previously, Twitter has made it slightly easier to report abuse, but it hasn't done much to stop trolls from emerging. Even when abusers' accounts get deleted, they were able start new ones and carry on.