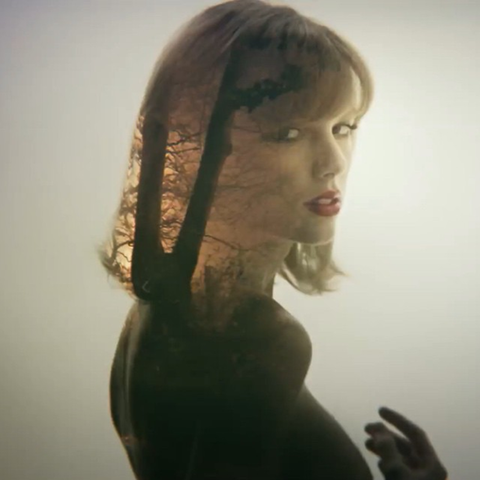 At least the trees mean this one won't be as literal as "Blank Space"? JK. When the music video for "Style" is released tomorrow, we'll all be scrambling to look up 1) the name of the male model/newish actor who resembles James Dean but taller, 2) the make and model of his headlights-less car and 3) what brand of pomade he uses to slick back his long hair.

Taylor Swift's been teasing her new video on Instagram—there's a close-up of an eye, there are all-white costumes that go in order of longest to shortest sleeve length, there is also the sense that these clips are most likely from the interludes between epic scenes shot in some actual, studio-backdrop-perfect woods.

But what do we know? Watch the previews below, develop your own conspiracy theory, and check back here Friday for the big reveal.

Update, 2/13: We were right about everything. Happy Friday!