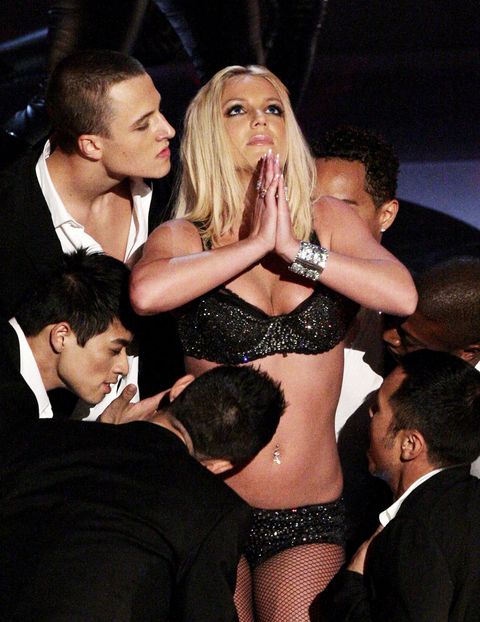 Betches love etymology lessons, so get a load of this: "Apology" and "apologist" derive from the same Greek word, but as the English language has evolved (you know, to include words like "bae"), the former came to mean "I'm sorry" while the latter means something more like, "You criticized Anna and Christian's pure, sweet love on the internet so it is my duty to rudely inform you of all the ways you're wrong. Also, you smell."

There are people in this world—perhaps you or me—who feel illogical, blood-pounding-in-your-ears passion for a movie, show, band, character, or celebrity. These people (henceforth called Pop Culture Apologists, or PCAs) tend to get very, very defensive when their obsession of choice comes under attack, like when a fledging Marie Claire editor gives her personal opinion about an antiquated television program called Sex and the City. Or like this:

But you've got to respect anyone who writes a strongly worded, 800-word response to your strongly worded, 800-word essay on why Daenerys sucks, and, reading their argument, you might even become so fascinated with the effort and vitriol that you're compelled to find out what motivates a PCA to do that, because at least you were getting paid to whinge on about Khaleesi's ineffectiveness as a ruler, while they're...just...doing it for fun. So what is it that drives them?

"The more people have invested in their perception, the more it becomes necessary to defend that perception against all attackers," says Dr. Lawrence Rubin, clinical psychologist and professor of counselor education at St. Thomas University and the University of Massachusetts Boston. "That one naysayer, that one critical voice, has enough power to threaten the apologist. Because for some apologists, there's this recognition that what they're defending is perverse or wrong. Or that maybe the critic to the apologist is attacking them, not just their interest."

Think about it: What we're into is so part of our identities that we "curate" our Instagram follows and carefully fill out that section of our Facebook profiles. So when someone comes along and tells you Fifty Shades, a movie franchise around which you're planning your 2017 and 2018, is stupid and misogynistic, would you take that lying down?

This is what separates hardcore PCAs from garden-variety fans. In a lot of comments, you see them use language like "it's you against a billion," or "why are you trying to be different?" as if the critic shouldn't even try going up against Twihards because the Twihards are the undisputed majority. "They see themselves as the flow because it's in their interest to see themselves as the flow," explains Dr. Rubin.

That's not to say we can't all get there, though. Because in an increasingly isolating, challenging world, it's comforting to belong. It feels safe to have something to hold onto. Even if that thing is Christian Grey's silver tie.