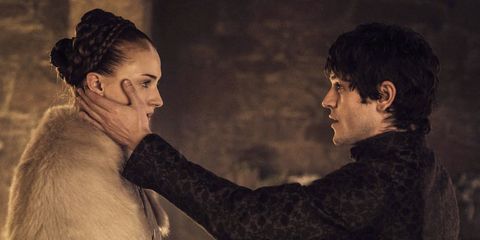 Much internet ink has been spilled over Game of Thrones's perceived gender issues—most especially Sansa's rape a few episodes ago—so George R.R. Martin has stepped in to explain why violence against women is realistic and even necessary in his stories.

Speaking with Entertainment Weekly, the author and music video star argues that even though his books feature dragons and White Walkers and stuff, he can't stray too far from depicting life as it was during the Middle Ages for the sake of appeasing the modern-day viewer.

"To be non-sexist, does that mean you need to portray an egalitarian society?" he asked. "That's not in our history; it's something for science fiction. And 21st century America isn't egalitarian, either. There are still barriers against women. It's better than what it was. It's not Mad Men any more, which was in my lifetime."

He then applies the same rationale to the issue of sexual violence.

"If you're going to write about war, and you just want to include all the cool battles and heroes killing a lot of orcs and things like that and you don't portray [sexual violence], then there's something fundamentally dishonest about that. Rape, unfortunately, is still a part of war today. It's not a strong testament to the human race, but I don't think we should pretend it doesn't exist."