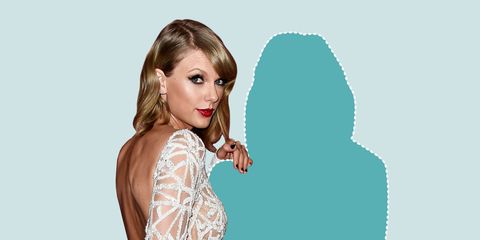 I think Taylor Swift and I should be friends. So I'm determined to make it happen.

Herein, I will outline my reasons as well as my proposed process. Yes, I'm approaching this like a nerd. Which I am. Which is merely one of the many reasons Taylor and I would get along.

But first, a confession.

I am not the world's biggest Taylor Swift fan girl, when compared to her many millions of die-hard Swifties. (In fact, I've thought a lot about this recently—how many people, worldwide, do you think genuinely consider themselves to be Taylor Swift's number-one fan? A couple thousand?) Anyway, there are definitely millions who follow her every move on social media, can tell you the names of her cats, and probably her favorite food and greatest hopes and dreams. I cannot.

In the time before social media, I would have passed for a typical fan. I feel about Taylor Swift the way I feel about Cher, who owns a substantial chunk of my heart—but I couldn't tell you Cher's favorite food or about her last tweet without Googling it. Regardless, I love Taylor Swift's music, and I equally adore her fierce persona and strong feminist politics. And, more recently, I've been thoroughly impressed that she's been doing her 1989 tour by bringing other musicians, big and small, on to share the stage with her. It's a rare star, especially at a young age and early in her career, who would be so bold and visionary in terms of speaking her mind and sharing her spotlight and, thus, her power. She will be my very coolest friend, is what I'm trying to say.

I had my epiphany when I saw a picture from the 2015 VMAs of Taylor Swift with her posse. Or squad, I guess, is the technical term. Taylor in a hot but tasteful sparkly velvety herringboney crop-top-and-pants number flanked by eight of her besties. Who posed in pictures eating pizza and making faces. This, I thought, is a crew I could get down with.

So, in the coming weeks, I will try whatever it takes to become a part of Taylor Swift's squad—and document my ideas, attempts, and exploits for Marie Claire. Do I expect to be staying up late, in flannel PJs, at TSwift's penthouse baking cookies? Mmmprobablynot. But I want more than just a polite handshake backstage—I, like so many before me, want to bask in the warm, goofy, resplendent glow of Taylor Swift's affection. And maybe babysit her cat.

So how will I measure success? (#nerdagain) I'm going to keep that to myself for now, since in case Taylor or her people are reading this, I don't want to cheat. I want the outcome to be genuinely achieved. To which point, you should know that Marie Claire is not helping me out behind the scenes—no reps are being reached out to, no backs are being scratched. I'm on my own on this one, to make it fair. (Though of course they'll be socialing my stories, and helping me get in touch with you.)

At the very least, my Odyssean quest will be an interesting look at the world we live in—one where pseudo-intimate social media makes being a fan seem designed to increasingly approximate being a friend. In this context, there are already millions of people who think of themselves as sort-of friends with Taylor Swift. Which is part of what makes it seem so plausible to try this crazy project.

Anyway, I do have some vague sense that I would make a good addition to the TSquad. Here are some reasons why:

1. We grew up 30 minutes away from each other in Pennsylvania, admittedly a decade (or so) apart, but still, we can reminisce while philosophizing on the decline of rust belt America.

2. I like cats, but my partner says she hates the smell of cat butt, which means I'm extra excited to have friends with cats. Taylor, I gather, has two.

5. Every politically engaged superstar needs a consigliore to the activist world. Jay-Z and John Legend have dream hampton. Russell Simmons has Michael Skolnik. Taylor Swift could have me (I'm an activist, I write [as you've already figured out], and I'm a political commentator for CNN.)

6. Her current posse appear to all be young, straight, skinny models and actresses. I reckon they need a gayer, pudgier, older woman to round out (metaphorically and literally) their crew. I could be the DUFF. I'd be fine with that.

So here we go, folks. I've started by following Taylor Swift on Twitter. Thought that was a good first move. Suggestions for what to do next? I'll be consulting fan girls and fan boys across the interwebs (you can follow me on Twitter here), but please post your suggestions in the comments or chime in on social with the hashtag #SallyforSwiftSquad. I'd be grateful.