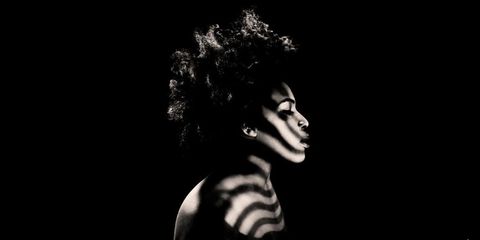 In 1999, Macy Gray single-handedly soundtracked our schoolyard crushes with her breakout single "I Try." Since then, the husky-voiced, neo-soul songstress has steadily unveiled new music, but with an admittedly lower profile.

Last October, she released her most recent album, the Way. A collaboration with the legendary Booker T. Jones, the Way toes the line between retro and modern with a slew of funky R&B tracks that just feel good. The record's title track is one of our favorites—it details the ups and downs of her journey, but with a decidedly sunny disposition.

Here, we're thrilled to exclusively premiere Gray's video for "The Way," as well as chat feminism and the future with the songstress, who's currently on tour (dates below) and working on her next album, The Way: Part 2.

Marie Claire: Your video for "The Way" feels totally raw. How did you conceptualize it?

MC: You're about to hit the road for your tour. When you're not rehearsing or performing, how do you like to spend your time?

MG: My hobbies are random. One week I want to exercise, one week I just want to eat all day. One week I'm going out every night and the next week I'm totally locked in my house, not going anywhere. I'm a little bit all over the place, socially. I don't have another passion or hobby—it's really music. I'm in the studio constantly.

MG: On a big-picture level, it's more about how women have to always be so shy about talking about sex. Publicly, it's kind of taboo to dish on sex, how crazy she is about it or how she has it. It's this rule we're all born into, so it's a rebel yell to that whole thing.

MC: It's an amazing moment for feminism in music. Do you always write music with a feminist lens?

MG: I don't know if I'm a feminist, as much as I really love being a woman and I'm proud to be a woman. I love everything about it. That might come closest. I definitely have nothing against men or men having their power. I do think that the whole thing with equal rights and paying women equally, it's disgusting. I think in this day and age, if you still have issues with women, then that's weird. I'm definitely for women winning. We're such a wild species, we have so much to offer. I'm all about that—being for ourselves.

LV: Amidst your peers, who do you admire for their femininity?

MG: My hero has always been Diana Ross. She is the ultimate star. She, along with a couple others, invented the whole "diva" thing. She really did sing. She did classic songs, and at the same time behind the scenes she had I don't know how many kids—five or six, maybe. She is a girl. I think she's just awesome. She embodied what I think a woman is: someone who takes care of her family and does what she wants to do at the same time. She's a real star.

MG: My best-kept secret is that my stylist actually makes all my stuff. I'm a size 14, so I can't just go into a store and find something crazy. So I'll see something in a magazine and she'll do a version of it or we'll mix up the colors or something like that. But most of my stuff is custom.

LV: You seem to have embraced social media. What are your thoughts on it and how it's changed the industry?

MG: It's wild. You can connect with anybody. You can literally go on there and leave a message for Oprah. If you want to say something to Hillary Clinton, you can tweet her! That's something I don't think anybody saw coming. It's also a way for people who aren't Oprah or Hillary to make a name for themselves and let people know they're out there. It's not exclusive to people who get lucky in life. It's amazing. I'm not a big tweeter. I really only tweet when my people remind me that I have to. I don't really sit around and think about myself all day or take pictures. I'm just not that girl, but I love it. I always look on there for pictures. The funny thing about Facebook and Twitter is, you can go on there and see what's going on in the world without watching the news. I get so much news off of social media. I think it's cool. It's changed everything, not just music. It's changed the world. It definitely is a good thing. I don't really know what I think of it yet more than that. I haven't really sorted that out for myself.

LV: Over the next few years, what do you see for your career?

MG: I'm working on my record. It's actually called The Way: Part 2. It's five songs. We're mixing that now. There are a couple songs on there that—all modesty aside—are super, super dope. The next year is going to be essential. I'm excited.