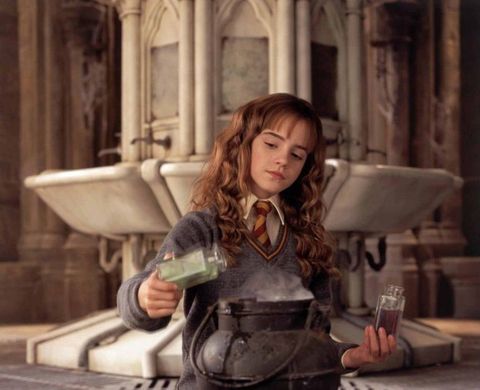 This is a huge deal because a) everything to do with Harry Potter is a huge deal, and b) Hermione was played by white actress Emma Watson in the film series. But did Hermione's ethnicity really get a re-write, or was she a woman of color to begin with?

Writer Alanna Bennett postulated this theory back in February, highlighting several notable themes in the Harry Potter series. Bennet pointed out that Hermione is largely described by her bushy hair and large teeth, and the one mention of her skin color implies that she's a woman of color: "They were there, both of them, sitting outside Florean Fortescue's Ice Cream Parlor—Ron looking incredibly freckly, Hermione very brown, both waving frantically at him."

J.K. Rowling favorited Bennet's article on Twitter, and posted the below tweet after news of Dumezweni's casting broke.

One small step for Harry Potter = one large step for the industry. We can't wait to see what Dumezweni brings to the table—and by "the table," we mean House Gryffindor.