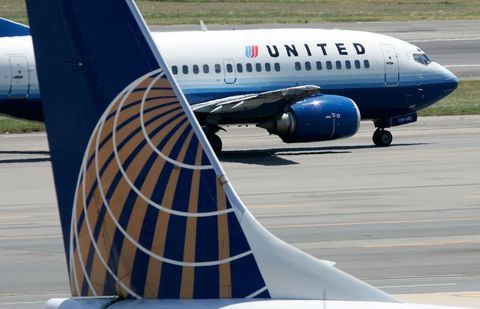 On Monday, a horrifying viral video emerged, showing authorities violently dragging a passenger–who claimed to be a doctor who needed to get to his patients–out of a United Airlines flight.

According to reports, the flight in question was overbooked, and when no one volunteered to give up their seat, the airline selected four passengers at random in order to make room for United employees who needed to make connecting flights. When the doctor was selected for removal and refused to comply, he was forcibly dragged off of the plane, covered in blood after being slammed into the armrest between chairs.

@United overbook #flight3411 and decided to force random passengers off the plane. Here's how they did it: pic.twitter.com/QfefM8X2cW

The video provoked widespread shock and outrage, as people called for the boycott of the airline, which was only recently embroiled in another controversy for barring two female teenagers from boarding a flight because they were wearing leggings. Once the initial shock wore off, however, the Internet fought back the best way it knows how: with glorious, savage memes.

Board as a doctor,
Leave as a patient. #NewUnitedAirlinesMottos

Good thing about traveling on sealed train: it's not overbooked and little chance you get dragged out 🚂 #NewUnitedAirlinesMottos #1917LIVE

" Early boarding, late boarding, water boarding, all the same to us ! " #NewUnitedAirlinesMottos

#NewUnitedAirlinesMottos After Flying United, you'll never want to fly with another airline again

Eeny meeny miny moe, which passenger has to go?
Just issue a hard head blow, and they’ll be sure to let go.#NewUnitedAirlinesMottos pic.twitter.com/kKZ9AfIMH6

Love the new United slogan "Not enough seating, prepare for a beating." #NewUnitedAirlinesMottos

Advertisement - Continue Reading Below
More From Culture
Who Is 'Bachelor' Contestant Madison Prewett?
How 'Bachelor' Peter Got That Scar on His Face
Advertisement - Continue Reading Below
Read an Excerpt from 'Anna K,' Our Book Club Pick
How to Join Marie Claire's Online Book Club
'The Bachelor' Has Already Finished His Season
Shonda Rhimes' New Netflix Show Will Be Steamy
Jennifer Lawrence Will Star In a Netflix Film
Who From Bachelor Nation Will Be on the 'Games'?
The Best Romantic Films of the Year (So Far)
An Investigation Into the Next 'Bachelorette'