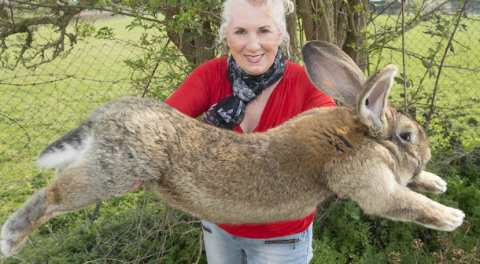 In yet another United Airlines disaster (pray for their PR team, seriously), Simon the Giant rabbit was found dead on a flight. You know Simon? He was a massive cuddly rabbit that looked like this:

The three-foot-long fella was destined to win World's Biggest Rabbit, and was traveling from London to Chicago to meet his new "celebrity" owner on Monday night. He was found dead in the plane's cargo, and breeder Annette Edwards finds the entire thing pretty suspicious.

Apparently, the 50-pound bunny was healthy prior to his travels: "Simon had a vet's check-up three hours before the flight and was fit as a fiddle," Edwards said. "Something very strange has happened and I want to know what. I've sent rabbits all around the world and nothing like this has happened before."

United Airlines' statement (via Huffington Post) on the matter is as follows: "We were saddened to hear this news. The safety and wellbeing of all the animals that travel with us is of the utmost importance to United Airlines and our PetSafe team. We have been in contact with our customer and have offered assistance. We are reviewing this matter."

Better hop to it. 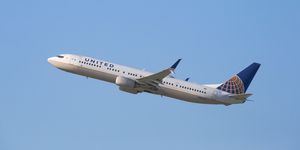 A Scorpion Fell on Someone During a United Flight

Mehera Bonner Contributor Mehera Bonner is a news writer who focuses on celebrities and royals—follow her on Instagram.
Advertisement - Continue Reading Below
More From Culture
There's Going to Be a 'Love Is Blind' Reunion
The Author of 'My Dark Vanessa' Shares Her Story
Advertisement - Continue Reading Below
Behold This Beyoncé-Inspired Gymnastics Routine
'The Bachelor' Has Already Finished His Season
An Investigation Into the Next 'Bachelorette'
The Sexiest TV Scenes of All Time
Unmissable Horror Movies Coming Out This Year
Treat Yourself to a Chick Flick Tonight
Who Will Be on 'Bachelor in Paradise' in 2020?
Can We Talk About Kelly's Mom From Love Is Blind?