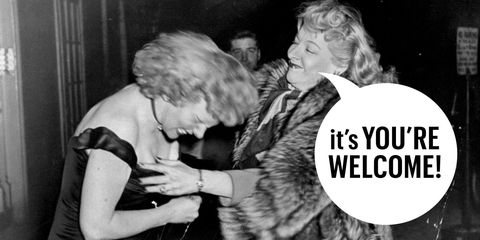 To my esteemed colleagues: This is not about you. Nor is this about any particular person, nor a generation of people, no matter what Reddit says. It is simply about a nameless subset of the population that, for some reason or another, responds to "thank you" with "no problem," a particular pet peeve of mine about which I can no longer stay silent.

It all started in 1996, when I was a wee thing being socialized through PBS programming. Look both ways before crossing the street. Everybody does her share during cleanup. "Please" and "thank you" are the magic words. But sometime during this formative period across my cohort—and out of it, because it's not just millennials who display this behavior that falls between "not holding the door open for others" and "leaving your chair pulled out when you leave the table" on the mildly annoying scale—The Teachings faltered when it came to the proper answer to that secondary magic word. 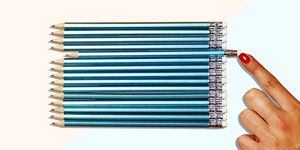 In one corner, we've got "you're welcome," said by me and (allegedly) by those who came before me. It feels slightly more natural than the alternative in the quotidian call-and-response of politeness and, personally, more gracious. It could be construed as a bit old-fashioned, but if there's anywhere to be old-fashioned, wouldn't you want it to be manners? Then—black-eyed, getting a shoulder rub on the other side of the ring—you've got the young upstart "no problem." Breezy, a little more casual, 100 percent innocuous if said chirpily to individuals who perhaps care less about linguistic correctness, even though there's a lot that can go wrong here. (Nobody understands the same word the exact same way—knowing that I've shared this mindf*ck of a fact with everybody I've met in the past month might answer another question you could have asked yourself by now, which is "What's her problem?" The doctors don't know either.)

But if you do choose to be careful with language, here's the trouble with "no problem": "No problem" implies that the thanker's request could have bothered the thank-ee, whereas "you're welcome" removes the hint of inconvenience. Furthermore, "no problem" suggests that, even if the thanker didn't consider the task a hassle, there was the possibility of the thank-ee thinking of it as such—this defeats the purpose of manners, which is to make others feel comfortable and not guilty for asking you a favor, even if it was a massive ordeal to take on. (That is why an acceptable usage of the phrase would be if the thanker were extremely apologetic and you'd already said "you're welcome"—for emphasis that it was your pleasure to do it, even if it was an extra-large, throbbing pain in your ass. And if it was an extra-large, throbbing pain in your ass, it's still on you for not saying no in the first place.) 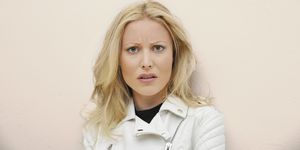 Vocal Fry and Other Ways the World Judges Women

Therefore, "no problem" is best suited for low-level admissions of fault, such as "my bad" or when somebody steps on your foot but not hard enough to make you want to cause a scene about it. Because even in an increasingly rude, insensitive world, I would never want to be a nuisance, nor to be made to feel like one—for the conscientious asker, the action itself is already enough of an effort.

So to bring this meditation on ways to show respect to others to a close, thank you for reading the spewings of an overly concerned citizen trying to keep modern society from rolling into the gutter of barbarity. If I have persuaded you to join me, thank you again. If not, well, thank you too, and hopefully I've been self-deprecating enough throughout that here, finally, would be one final appropriate place for "no problem"—when the thanker regretfully says "Sorry you didn't like my story."