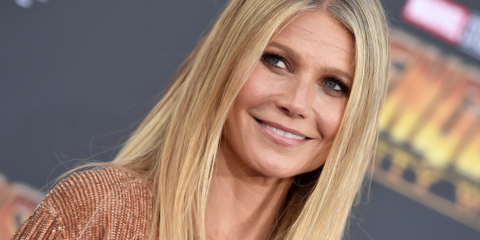 Oh, Goop, how the internet loves to make fun of thee. What began as Gwyneth Paltrow’s weekly newsletter has become a wellness website known for its fancy, overpriced, and often, questionable recommendations, like $950 toilet paper, $125,000 gold dumbbells, and, perhaps most notably, its $66 vaginal eggs—a product that has been slapped with a lawsuit and landed Goop in hot water.

The notorious eggs made news in 2017 after Goop claimed that inserting their jade egg ($66) and rose quartz egg ($55) into your “yonni” would help with hormonal imbalance and “feminine energy in general.” And if you think that’s an absolutely insane idea, you’re not alone: Goop Inc. settled a $145,000 lawsuit this week after an investigation by California’s consumer protection office found Goop’s claims unscientific and potentially dangerous.

“The claims have the potential to affect women’s health,” said Tony Rackauckas, the Orange County district attorney, in a statement. “It’s important to hold companies accountable for unsubstantiated claims.” The district attorneys argued that Paltrow’s “wellness empire” had sold a number of women’s health products “whose advertised medical claims were not supported by competent and reliable science.”

Though Goop issued a statement Tuesday asserting no wrongdoing on their part—“this settlement does not indicate any liability on Goop’s part,” said a Goop spokesperson—the company still agreed to pay the $145,000 in civil penalties, along with refunding customers who purchased the eggs, solely to end the lawsuit “quickly and amicably,” according the Buzzfeed News.

The eggs are still available for sale on Goop’s site (lucky you!), but the original description of the eggs has been changed to remove any potentially problematic language that would violate the terms of the settlement. So, if you’ve ever had a burning desire to stick one up your vagina, despite the numerous health warnings issued by actual doctors, you can now rest assured that you’re missing out on exactly nothing.

This content is created and maintained by a third party, and imported onto this page to help users provide their email addresses. You may be able to find more information about this and similar content at piano.io
Advertisement - Continue Reading Below
More From Trending Beauty
I Tested Meghan Markle's Top Beauty Products
Glitter Pumpkin Butts Are a Thing for Halloween
Advertisement - Continue Reading Below
Behold: The Self-Tanner Fail to End All Fails
This Is Pinterest's #1 Halloween Makeup Idea
These 3 Products Cured This Woman's Acne
Princess Eugenie Just Dyed Her Hair Bright Red
13,000 People Swear By This Eye Cream
Post Malone Cut His Hair and Looks Unrecognizable
Shay Mitchell Will Only Use This One Concealer
People Are Freaking Out About Emma Stone's Hair