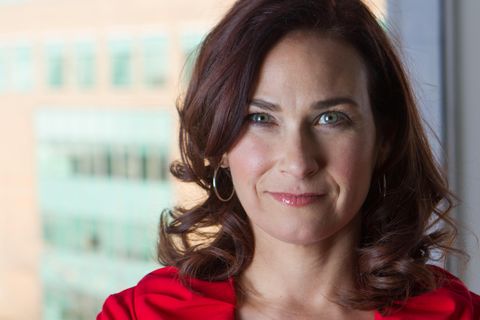 Yesterday, the Supreme Court, with Neil Gorsuch casting the deciding vote in both cases, ruled against the rights of women, and against the dignity and humanity of our Muslim brothers and sisters.

One of those cases, NIFLA v. Becerra, was the result of the work my organization—NARAL Pro-Choice America—has done to fight an epidemic of fake women’s health centers. Yesterday's decision to protect their rights over ours tells us, more clearly than any case in recent history, that the Supreme Court of the United States holds the lives and futures of women in its hands.

We are now, without doubt, one Trump-nominated justice away from a Court that overturns Roe v. Wade. In a one-two gut punch to the reproductive rights community, Justice Anthony Kennedy—the swing vote in numerous cases throughout his 30 years on the bench—today announced his retirement, which means the vicious anti-woman activists are getting their vote. They say explicitly that overturning Roe is their ultimate goal, and after yesterday’s decision and today's announcement, they’re more optimistic than ever.

I worry that they’re right to be optimistic.

The background of yesterday’s case tells the story: Fake women’s health centers (also known as crisis pregnancy centers) are built and advertised to seem exactly like real reproductive health clinics, and they exist in every state in America. In many states, they outnumber real clinics. The individual clinics may look local, but, in reality, these places are well-funded creations of national anti-choice extremist groups.

These groups have created a playbook of lies and deception to trick pregnant women—especially those who are lower-income, young, and women of color—into coming there instead of a real clinic. They specifically target women seeking abortion care. Once they have these women in their care, they use pressure, shame, and coercion to try to talk them out of their decision. Some go so far as to let people without medical licenses perform ultrasounds on unsuspecting clients. When the Court heard the case back in March, Justice Sonia Sotomayor read the proof out loud in the courtroom for all to hear, quoting from the deceptive websites of one of the centers.

In order to help pregnant women get the accurate and timely information they need, California passed a commonsense law that made these clinics tell women a) if a fake clinic was medically licensed, and b) how to find out if they qualified for low-cost or free prenatal, contraception, or abortion services. This was a simple, reasonable, and carefully constructed law that didn’t even aim to close these centers.

"The hypocrisy of the five men is astonishing."

Yet, the anti-choice movement sued to block the law, using a warped interpretation of the First Amendment to protect their fake clinics and continue controlling the lives of women. A federal district court in California ruled against the anti-choice movement. When they appealed, the Ninth Circuit Court of Appeals ruled against them again. But anti-democracy, anti-choice groups saw one more shot to protect their lies: The Supreme Court.

The hypocrisy of the five men is astonishing. Justice Breyer’s scathing dissent makes clear how, when it comes to balancing free speech rights against the rights of women to control their lives and choose abortion, free speech wins—but only when it’s the extreme anti-choice organizations speaking. Justice Breyer shows that, if our laws were actually applied equally, conservative states that force doctors to provide biased, anti-abortion counseling to pregnant women would face the same restrictions the Court placed yesterday on liberal states, preventing them from requiring posted notices about abortion access in the lobbies of fake centers. Yet the Court didn’t do that, said Breyer. Instead, the five-man majority failed to “interpret American constitutional law so that it applies fairly within a Nation whose citizens strongly hold these different points of view.”

We intuitively knew that this goal—a nation that applies laws differently to different people—was the aim of Republicans, especially Senate Leader Mitch McConnell, when he stole a Supreme Court vacancy from President Obama. We knew it was the goal when Trump nominated, and the Senate confirmed, now-Justice Gorsuch.

But yesterday was the clearest evidence yet that a rigged Court—against women, against immigrants, against the poor—was, and continues to be, the goal of Donald Trump and the Republican Senate.

It might be tempting to allow the manifestation of this rigged Court to dispirit us. We could easily see yesterday’s decision as nothing more than another loss for women’s rights and freedom under an administration that attacks women for cheap political points—or, frankly, just because they like to. Yet we must not allow ourselves to accept the judgements of yesterday’s majority. They do not speak for the reality women live every day. We will not and must not accept a life under the control of a lawless Supreme Court.

We can, however, use yesterday’s result as a call to action. Yesterday’s decision tells us much more about the anti-woman bias of five male justices than it does about the constitutionality of the FACT Act.

The time for leadership against a second Trump Court appointment is now. NARAL Pro-Choice America is all in. And yesterday, towards the end of the day, as we took stock of our day of loss, we already saw early signs of the backbone we must provide to keep control of our own destinies. New York Senator Kirsten Gillibrand announced that if a Supreme Court vacancy occurs this year, she will vote no on any of the 25 potential Supreme Court nominees Donald Trump has listed—all of whom, according to Trump, will vote to strip our right to abortion.

We need fair-minded judges who will uphold the value of equality. This current list represents a clear danger to women's health and should be rejected in favor of a bipartisan nominee should there be a vacancy on the bench.

Our movement is growing. It is energized. And it’s not going to let five biased men control our future.

Read Next
Woman Denied Abortion Pill at Walgreens Speaks Out

The Truth About Abortion Reversal
This content is created and maintained by a third party, and imported onto this page to help users provide their email addresses. You may be able to find more information about this and similar content at piano.io
Advertisement - Continue Reading Below
More From Politics
How to Demand Justice for Adam Toledo
Daunte Wright's Death Sparks Protest in Minnesota
Advertisement - Continue Reading Below
41 Surprising Rules First Ladies Have to Follow
Asian American Women on Where to Go From Here
Syrian Journalists Reflect on a Decade of War
How to Show Your Support for the AAPI Community
Activist Lydia X. Z. Brown on Disability Justice
Elisa Crespo: "I'm Not Here to Make History"
What We Know About the Georgia Spa Shootings
Dianne Morales Has Never Listened to the Naysayers