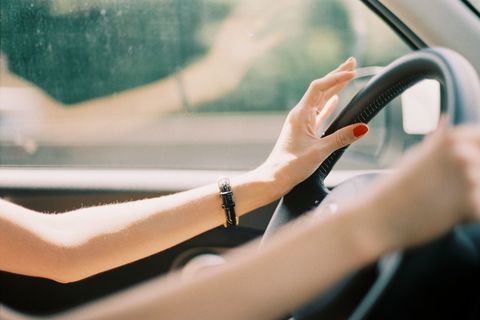 After a string of bad press, specifically in regards to women, ride-sharing service Uber is stepping up in the fight for gender equality in a big way.

The company is partnering with UN Women with the goal of economically empowering women around the world, and they're doing it by promising to provide one million jobs by 2020. "This important mission can only be accomplished when all women have direct access to safe and equitable earning opportunities," the company said in a joint statement with UN Women. "We look forward to a partnership where UN Women and Uber will drive more access to these types of opportunities around the world."

Only 14% of Uber drivers in America are female, but the company didn't provide details about statistics in other countries. They did say, however, that Uber provides a flexible work environment that many women, especially parents, can appreciate. "Uber does not require [minimum] hours, and it does not require a schedule," the company's general counsel, Salle Yoo, told Reuters. "It offers the chance to be entrepreneurial, the chance to balance work and family."

But Uber hasn't had the best reputation when it comes to women's issues in the past. In France, the company got in trouble for a local promotion promising "hot chick" drivers. And there has been a bevy of rape, assault, and even kidnapping charges against Uber drivers around the world. One claim led New Delhi to temporarily ban the company. Similar assault accusations have popped up in Boston, Chicago, and Los Angeles. When journalist Sarah Lacy wrote an op-ed about why she was deleting the app, an Uber executive was caught saying she should be held "personally responsible" for women who were assaulted.

As promising as it is that Uber is doubling down on female employees, this can't help but smell like damage control. Then again, if damage control puts money in women's pockets and gives them financial independence, it's not all bad...