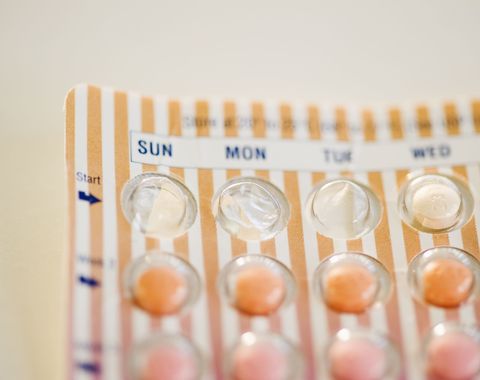 If you use birth control, you might have noticed the price tag drop dramatically—even down to zero. And that's thanks to Obamacare, which, agree with it or not, has made it way easier for women across the country to afford contraception.

Obamacare, which is actually called the Affordable Care Act, mandates that private health insurance plans cover contraception. And that has left women with a lot more spending money. A study published in the journal Health Affairs found that American women are spending more than $1.4 billion less on birth control pills alone since the law was passed.

Researchers at the University of Pennsylvania analyzed claims data from a national health insurer to figure out how much women were paying out of pocket before and after the Affordable Care Act was put into place. The patients they tracked were women ages 13-45 from all 50 states and Washington, D.C.

But wait: If insurance has to cover birth control without any copay, why are women spending anything at all? That's because not all brands are required to be covered at no cost to the consumer, and some women are still enrolled in health plans that are either "grandfathered in," or exempt for religious reasons.

Either way, cheaper birth control is likely going to have a huge impact on the state of women in America. Colorado's teen birth rate dropped 40% due to a six-year program that distributed free long-acting contraception like IUDs. And these researchers say that women of all ages will benefit. "In the long term, if we do in fact see an increase in the use of contraceptives, that could potentially lead to a lower overall fertility rate, and potentially increased economic opportunities for women and their families," researcher Daniel Polsky said in a statement.