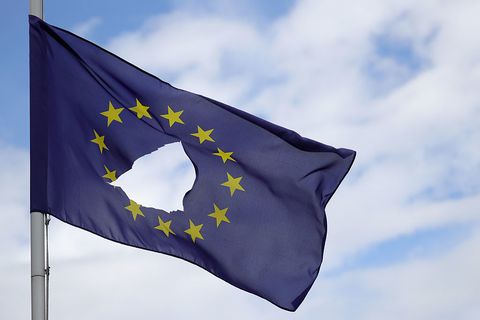 On June 24, 2016, the people of Britain woke up to a brand new, unsteady world. In a stunning upset, the UK voted to leave the European Union, making it the first country in history to exit the EU. The results of the referendum, 52% Leave and 48% Remain, reflected a country that was cataclysmically divided on this important issue.

The results of Brexit in the ensuing hours were immediate and intense. At one point, the British pound fell 11%, hitting its lowest point since 1985 (it has since rebounded somewhat to 8%). Prime Minister David Cameron resigned, announcing that he would hold the post for three months before a new conservative leader took over in October. Scottish First Minister Nicola Sturgeon said Scotland would be seeking to leave the UK, given that Scottish voters overwhelmingly voted to remain in the EU.

#Brexit dominated social media, where users responded to the crisis with the Internet's characteristic blend of dark humor and sardonic wit.

The primary topic of conversation was the plummeting pound:

Coming soon to Thorpe Park: the value of the pound pic.twitter.com/HtsSXMeqTk

It's not too bad, I just found a quid on the train platform pic.twitter.com/PvReuueegu

Followed closely by the fact that Scotland was very likely to jump ship:

U.K. leaves EU. Scotland may leave UK. And to think it all started with the One Direction break up.

Concerns over the fate of the EU passport were high:

How do I tell them?? #Brexit pic.twitter.com/6Y7hRIKINi

There was some resentment toward the elderly, given that people over 50 made up the predominant portion of the Leave vote:

The older generation has voted the future for the younger generation... pic.twitter.com/neaquLKdTs

And bit of David Cameron mocking, of course:

Holy shit, they replaced David Cameron with a cat. pic.twitter.com/0r7KouIHW1

But the majority of people are just angry, embarrassed, and hurt:

Rest of world: don't do anything crazy plz
UK: fk u we used to own u watch this
*does backflip
*money falls out of pockets
*cracks head open