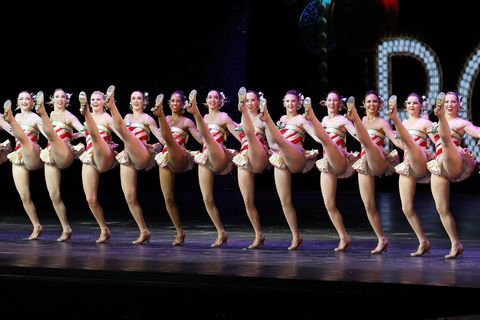 The Rockettes' involvement with Donald Trump's swearing-in has been complicated at best. The troupe's inauguration performance was announced just before Christmas, which came as a surprise to the dancers, who learned of the news along with the rest of the world.

While their participation was, after some initial back-and-forth, fully voluntary, many Rockettes felt their brand's alignment with the divisive president-elect put them in a compromising position, and that they didn't have an outlet to express their dissent.

After one Rockette spoke out to MarieClaire.com about the turmoil behind the scenes, Madison Square Garden executive chairman James Dolan called a meeting with the dancers to discuss the performance and the controversy surrounding it, in which he messaged that they should tolerate intolerance and appreciate the opportunity for what it is. "This is a great national event," he said. 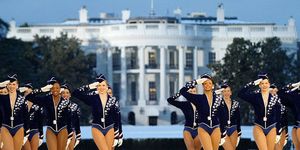 A Rockette Speaks Out About Trump\'s Inauguration 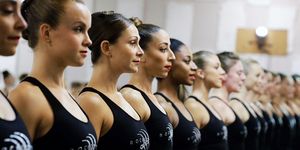 In an interesting twist, the Rockettes did not take the inauguration stage today as many expected. They also did not perform in the inauguration parade. Instead, they danced at the Liberty and Freedom Balls, the official inaugural balls taking place in the capitol tonight.

"The Rockettes were only ever scheduled at the Liberty and Freedom Ball," an MSG spokesperson said in a statement to MarieClaire.com.

If you look closely the @Rockettes are kicking "HELP US" in Morse Code. #InauguralBall pic.twitter.com/fHUbOrdtrh

Kayleigh Roberts Kayleigh Roberts is the weekend editor at Cosmo, focused on celebrity news and royals.
This content is created and maintained by a third party, and imported onto this page to help users provide their email addresses. You may be able to find more information about this and similar content at piano.io
Advertisement - Continue Reading Below
More From Politics
Want to Help Moms? Prioritize Menstrual Equity
Abortion Rights Start at the State Level
Advertisement - Continue Reading Below
All of Your Abortion Questions Answered
The Texas Abortion Snitch Site Is Having a Bad Day
The Future of Afghan Women Depends on Us
How You Can Help People in Afghanistan
Andrew Cuomo Has Resigned as NY Governor
Gwen Berry: Athlete, Activist, Olympian
The Anti-Choice Endgame: Power And Control
Give Domestic Workers the Protections They Deserve