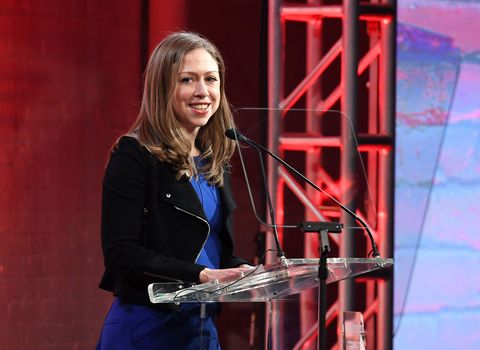 It seems like every other day there's a gossipy report that claims Chelsea Clinton is ready to run for office. And that talk has only gotten louder since her mother lost the presidential election to Donald Trump.

But the former first daughter made it loud and clear in an interview with Variety: It's not happening. At least for now. "I am not running for public office," she said. She explained that anyone running for office has to ask him or herself two questions: Do you have a vision for what you'd do in the job, and would you do better than the person who's there now? 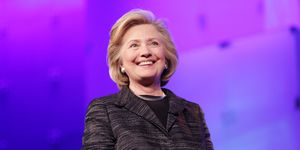 Hillary Clinton Is Not Done with Public Life

And for her, the answer to that second part is no, because she supports her city councilwoman, mayor, congresswoman, and senators. "I clearly do not support the president and certainly hope that he is defeated in the next election, but I don't think I'm the best person for that job," she said. "If someone steps down or something changes, I'll then ask and answer those questions at that time. But right now, no, I'm not running for public office."

That doesn't mean she's going to stay silent on politics, though. Lately she's been more vocal than ever against Trump and his policies on Twitter, so it wouldn't be too surprising to see her change her mind about getting involved in the future.

How is cutting funding for cancer research and AIDS treatment #MAGA? https://t.co/wuPik2e9n4

Disgusting may be too mild a word here https://t.co/IrZdF1UbRe