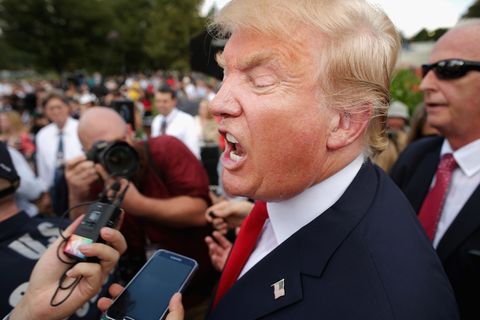 While Americans around the country prepare for Independence Day, President Donald Trump is continuing the game of bizarre Twitter one-upsmanship he started with himself earlier this week: After spending several days attacking Mika Brzezinski and Joe Scarborough, Trump has now tweeted a video of himself "beating up" CNN:

It was intended—one has to assume—as a joke meant to celebrate the president's perceived victory over the network, which issued a retraction and an apology (and the resignation of three senior journalists) this week for a story about Trump's potential financial connections to Russia. But the result is far from funny.

Despite White House deputy press secretary Sarah Huckabee Sanders' claim just three days ago—which CNN tweeted in response to the Trump's video—that the president "in no way form or fashion has ever promoted or encouraged violence," her boss has proven otherwise.

"The President in no way form or fashion has ever promoted or encouraged violence. If anything, quite the contrary." - @SHSanders45 6/29/17

And in light of Trump's praise for last month's victory of Republican representative Greg Gianforte, who made national headlines just one day before his election for grabbing a reporter by the throat and throwing him to the ground, the president doesn't seem terribly concerned with violence against the press. If anything, to borrow Sarah Huckabee Sanders' words, it seems quite the contrary. 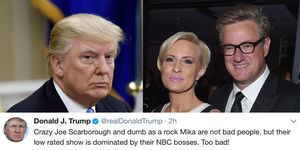 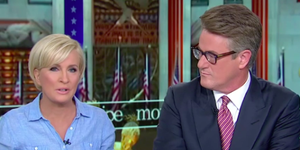 Amy Mackelden Amy Mackelden is a freelance writer, editor, and disability activist.
This content is created and maintained by a third party, and imported onto this page to help users provide their email addresses. You may be able to find more information about this and similar content at piano.io
Advertisement - Continue Reading Below
More From Politics
Ma’Khia Bryant: What We Know
Jury Finds Derek Chauvin Guilty on All Charges
Advertisement - Continue Reading Below
Senator Hirono on Her New Memoir 'Heart of Fire'
How to Demand Justice for Adam Toledo
Daunte Wright's Death Sparks Protest in Minnesota
41 Surprising Rules First Ladies Have to Follow
Asian American Women on Where to Go From Here
Syrian Journalists Reflect on a Decade of War
How to Show Your Support for the AAPI Community
Activist Lydia X. Z. Brown on Disability Justice