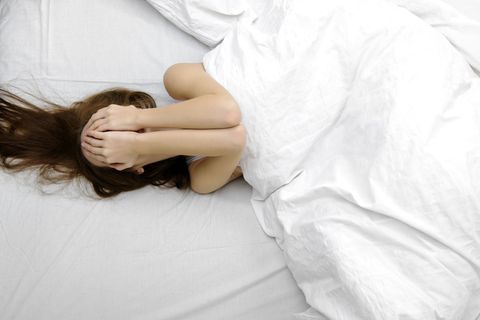 The other day, a friend mentioned that her new dude was sick of using condoms — "I don't get nearly as much pleasure with these," he complained — and was pressuring her to either get on birth control or start using an IUD.

By the way, is it just me, or do men who complain about condoms always seem kind of pushy and annoying? I always feel like saying to them, "Look, pal, you should feel glad you're getting any sex at all." And also, like, if we know anything is gonna happen during sex, we know that the dude is going to get off. Whereas there's no guarantee for the ladies. So my inclination is to say: "Put up or shut up if you want to stick that thing in me."

Nonetheless, I said to my lady friend: "Yo, sister. Why not just tell him you'll do him a favor and use a female condom half the time?"

I had to admit that I had not, which made me feel like a very substandard dating blogger indeed. So I decided to investigate by asking my sex educator buddy, Carol Queen of Good Vibrations, an online adult toy store — who gave me the 411 on the best vibrators earlier this summer (and also talked to me about whether or not vibrators give you cancer) — to provide us all with some basic facts.

Do female condoms interfere with the woman's experience of pleasure during sex?

They can take some getting used to, but once you do, they shouldn't interfere with orgasm. In fact, because the female condom has a ring that lies near or atop the clitoris (as you can see in the picture above), some women may actually get some additional pleasure because of the stimulation.

Do we need to know anything about how to use or insert them?

On the open end, a flexible ring is attached. Inside the closed end is a smaller, floating ring. The inner ring should be squeezed together and inserted; the outer ring will nestle outside the vagina. Women who have used a diaphragm will understand how to do this immediately — others will probably need to practice. They come with a bit of lube already on them, so they can be slippery and a little hard to keep squeezed shut while inserting.

Are they as effective at preventing STDs and pregnancies as male condoms are?

When used correctly, they are pretty comparable. This means, though, that users have to avoid the lose-the-condom-inside-the-vaginal-cavity problem. And the "Ooops, honey, I thought I was in the condom but really my penis was next to it" problem.

The very best thing about them, STD-wise, is that they cover more of the vulva (and penile base) than a traditional condom, making them a better pick for preventing herpes and HPV.

Do they allow men to feel more pleasure during sex?

Yes, many men do say they feel more sensation. Why? the female condom is bigger, capacity-wise, and is not supposed to hug the penis, so the guy gets more motion and friction than he does wearing a male condom, which clings tightly to the contours of his cock. Guys who want to prevent the cling problem with their own condoms should be putting two or three drops of lube into the head before they put their condom on, so the head of the condom has some mobility on the head of the penis.

And do female condoms, um, head off any problems related to the occasional loss of erection while he's putting the condom on?

Because there shouldn't be as much anxiety or fumbling on his part, it may well help with the loss-of-erection issue.

What about the cost?

They're more expensive than male condoms — but some clinics have started to dispense them for free.

Anything else you think readers should know about female condoms?

Soon, they will start being made with nitrile — a hypoallergenic faux latex — which will probably make using them an even better experience. Now, they're made out of plastic — they feel and even sound plastic. (Like if you repeatedly scrunched up a baggie.)

10 Unfiltered Sex Tips for the Best Action Ever