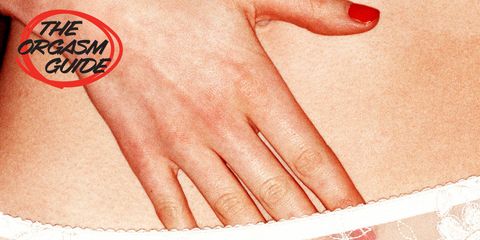 1. It takes women 10 to 20 minutes, on average, to climax during foreplay.

So next time he's being hasty, whip out this factoid and tell him to get to business.

2. Single women achieve an orgasm with a regular partner 62% of the time.

Not bad, but *could be better*

Duh! Who else knows a woman better than a woman?

4. 11% of women climax the first time they sleep with a new partner.

For many women, reaching an orgasm takes time and patience; two things not normally associated with first-time encounters. At least it's a good argument to give it a second try.

5. 67% of women report climaxing regularly six months into a relationship.

You got it down by then.

* 78% say to "avoid negative consequences" like upsetting their partner

* 47% say to get a "positive consequence" like pleasing their partner

* 25% say because their partner was unskilled

This article is a part of a week-long series on female orgasms. See the rest here .

A version of this article appears in the May issue of Marie Claire, on newsstands now.

Earth-Shattering Answers to All Your Orgasm Questions

Should You Ever Fake an Orgasm?