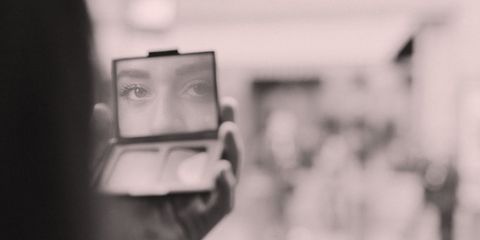 I've always wanted to change my name, but it wasn't until I was sexually assaulted in college that it became clear I needed to.

I remember one day I was on the phone with a customer service representative, cringing every time he said my name: Lisa.

Chafed, I was immediately compelled to go into my Facebook edit settings to change my first name. I did, and I pressed save. I couldn't wait to see how my new name looked: Alaina.

I loved it, but I felt I had to talk to my friends and family before I made such an important, permanent choice. I went into my edit settings to change my name back, but Facebook blocked my attempts: "You have changed your name recently. You may change it again in 60 days."

I adopted the name "Alaina" from a friend I met when I was in seventh grade. I thought Alaina was the most beautiful name I'd ever heard. Almost as if it were meant to be, Alaina also had Irish origins (my family's background is Irish). It went beautifully with my middle name (Marie), passed down to me by my mom, whose first name is also Marie. Most importantly, when I asked my friends to call me Alaina, it felt like my name. It belonged to me. I didn't cringe when my girlfriend whispered it in my ear, or when my best friend called my name.

I never felt Lisa belonged to me. In a way, it never did. My parents were expecting a boy when they had me and were ready to name me Sean Patrick Leary—an overly Irish name if I've ever heard one. It wasn't until my mom was sitting in the hospital bed, holding me in her arms, that my grandfather started a last-ditch effort to find a feminine name. He stumbled upon "Lisa" (completely at random) and my parents made the life-altering decision within a few minutes.

This had an effect on me from a young age. I was about seven years old the first time I asked my parents to change my name. I wrote "Rachel" on almost all of my school papers and reports for the entire second grade. At seven, my mom was actually willing to allow me to legally change my name. It was my dad who requested that I wait until I was 18 to "think about it."

It wasn't until I was older that the name change became imperative. I was drugged and raped in a college dorm room, and my name became almost painful to hear. My assailant took my body, and thus, the right to my own personhood and identity. As I healed and learned to live as a survivor, I found it burned my ears to have my birth name associated with me, especially in intimate and sexual situations. I fought so hard against the idea that the person I was before the rape was a different person, but it was true. It was as if the old me had died and someone new had taken her place.

My old name felt attached to what happened to me that night, to the person who used it without my permission

The most difficult roadblock to actually changing my name after experiencing this was my mom not being there. When I was 11 years old, my free-spirited, Elvis-singing, Stephen-King-reading mom passed away unexpectedly as the result of a seizure. I had her blessing from childhood to be the person I wanted, but I would never get the chance to ask her if she liked my new name. I could never ask her to call me Alaina Marie as we cuddled on the couch.

But when I finally changed my name on Facebook, within 10 minutes I was swamped with the comments, questions, and thoughts of other people about my new name. Friends were blindsided that I hadn't warned them. People were worried they wouldn't be able to stop calling me by a name I'd had for 21 years.

My dad, although he'd always been fine with my independence, was at first reluctant to call me by a new name. When I told him about my choice, he processed it slowly, and then said, "I don't know if I want to call you something else, but I don't mind that everyone else will." Fine, I thought, but a few days later, I was firm with him. I understood he'd been using the same name for 21 years and that I was his only child, but I didn't want any remnants of my name to remain.

I had to live every day with the memory of my rape, but I wanted to take control of my own identity as much as I was able to. I knew it would be like pulling teeth, prying the fragments of my old name from the memories of those around me, who for months would stumble as they said, "Li-Alaina," when addressing me. Facebook may have helped me make the decision, but I was the one who needed to be confident about it.

Few people made any real fuss about my name change, other than to ask in-depth questions about why I wanted to change it and how I came up with my new one. It was a revolutionary idea that I was asking every single person in my life to make a conscious effort to change their habits. It was a form of self-care and self-love that few had seen. Most of my family members and friends were proud and kind of awestruck that I was able to be so brave, especially since we live in a world where women who make their own choices are often called selfish. My aunt even gave me a handwritten card to tell me she was proud of my decision.

The author and her late mother.
Courtesy of Alaina Leary

By changing my name, and asking everyone around me to change it, I was taking control of my life. My old name felt attached to what happened to me that night, to the person who used it without my permission, to the person I was before I was raped, and to a lifelong feeling that my name didn't fit me.

I took back my consent. I told people they weren't welcome in my life if they didn't adapt to my new name. I became Alaina.