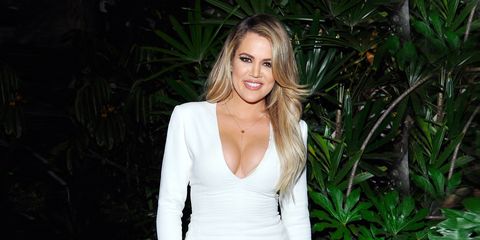 Khloé Kardashian finallllllly announced the sex of her baby tonight on Keeping Up With the Kardashians, in an episode appropriately titled, "Gender Reveal."

In last week's episode, Khloé told her OBGYN that Kylie wanted to be the one to give her the news and everyone agreed that was the best idea, so the doctor decided to call Kylie with the results.

Kourtney, Khloé, and Kim took a trip to San Francisco to kill the time while they waited for the big call, and eventually Kylie came through.

And Khloé is having...a girl!

Earlier today, Kylie sent Khloé a cake to help Insta-tease the reveal, because these are the Kardashians we're talking about.

Many fans suspected Khloé was having a girl, based the very pink, very floral 'grams she's been posting for the past few months.

Khloé, who was convinced she was having a boy, was shocked by the news.