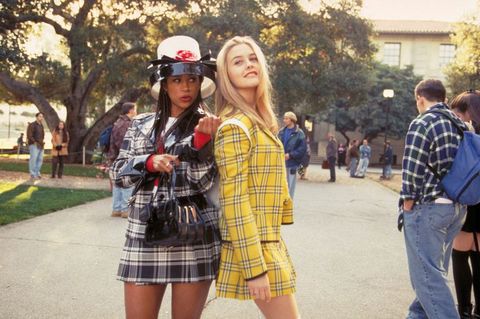 Praise the powers that be! Clueless is becoming a music.

Yup, later this year, the cult-favorite '90s film will be making its Off-Broadway debut as a full-fleshed musical. Amy Heckerling, the mastermind behind the original screenplay, is set to write the production, which will be hitting The Alice Griffin Jewel Box Theatre in November as a part of The New Group.

According to the press release, you can expect the score to "[reimagine] '90s hits into ingenious parodies and yearning monologues for her lovesick characters." TBD on what exactly that means, but we're crossing our fingers that the production lives up to the film's original glory (no pressure).

Related Stories
Everything We Know About 'Legally Blonde 3' So Far
Is the New Regina George Even More Problematic?

Casting has yet to be announced, but the world is collectively praying that Alicia Silverstone will resurrect her iconic role as Cher Horowitz. Tonight, Silverstone is set to perform Iggy Azalea's "Fancy" on Lip Sync Battle as our favorite yellow-plaid-wearing blonde—which means there's a chance the actress could announce the news tonight. Suffice it to say, we'll very anxiously be awaiting confirmation. 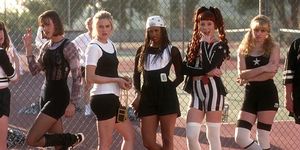 11 Things You Never Knew About 'Clueless'
Ruby Buddemeyer Beauty Editor Ruby is the beauty editor at Cosmopolitan, where she covers beauty across print and digital.
This content is created and maintained by a third party, and imported onto this page to help users provide their email addresses. You may be able to find more information about this and similar content at piano.io
Advertisement - Continue Reading Below
More From Celebrity
The Queen Has a Rule Against Bad Talking Family
The Queen Took a Pic of Philip With Her to Funeral
Advertisement - Continue Reading Below
The Queen's Tolerance Was the Key to Her Marriage
J.Lo "Likes" Shady IG Post After A-Rod Split 👀
Beyoncé Shares Photos of Her White Power Suit
Will & Kate Welcomed Harry Back Into Their Group
Queen Left a Handwritten Note on Philip's Coffin
The Queen Said Grief Is the Price We Pay for Love
All of the Photos from Prince Philip's Funeral
The Queen Wore This Brooch to Philip's Funeral