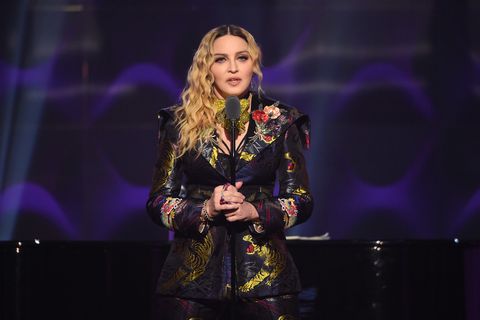 On Friday night, Madonna was honored as Woman of the Year at the Billboard Women in Music 2016 event. The fact that Madonna received the award is no surprise. As The New York Times reports, she's the highest-grossing female touring artist of all time (her most recent tour raked in $170 million). It's also not surprising that her acceptance speech was brutally honest, since, you know, she's been amazingly honest her entire career.

In the speech, she bluntly took on sexism, ageism, and misogyny in the music industry. "You will be criticized, you will be vilified, and you will definitely not be played on the radio," the 58-year-old said to the younger women in the audience of how their careers will change as they age.

"People say that I'm so controversial," she said. "But I think the most controversial thing that I've done is to stick around."