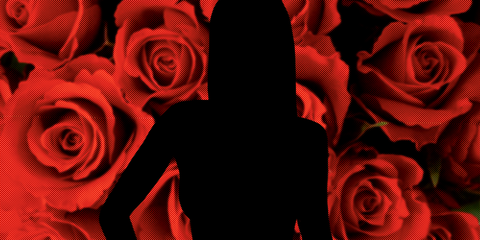 Because I don't care about sports, like, at all, my personal version of the NBA draft is "Who will be The Bachelorette or Bachelor" this year. And as Marie Claire's resident Bachelor expert—a title my colleague Katherine bestowed upon me, I didn't give it to myself, even though I'm not disagreeing—I'm usually good at guessing who's going to get the lead spot that year. Call me psychic, call me obsessed, I just like being right.

Usually the pick for The Bachelor causes some, uh, controversy. Let's not forget how the internet flipped out when Colton Underwood was named The Bachelor, myself included. There was a collective "Who?" in 2017 when Arie Luyendyk, Jr. was picked as the lead, and there was a begrudging joy when Nick Viall accepted the title in 2016. But The Bachelorette has always been controversy-free, with the last controversy surrounding the pick being the odd concept of having the men decide between Kaitlyn Bristowe and Britt Nilsson for who would be the lead that season.

On tonight's After The Final Rose, Colton and Cassie were together and happier than I actually ever expected to see them, but that's all in the past now, because Chris Harrison announced what we all came to find out: Hannah B. is the next Bachelorette, and according to Reality Steve, she's starting filming for her journey to love in just two days, on March 14.

Brown was eliminated fifth on Underwood's season, and won the audience's heart with her bubbly and warm personality, self-deprecation, and they even managed to forgive her for giving one of the worst toasts ever. It was clear she was going to be The Bachelorette from her appearance on Women Tell All, where she told host Chris Harrison, “I thought my life was going to be this certain way. I grew up in Alabama. I was gonna marry the guy who I dated for so long right out of college, start spitting out babies. Ultimately, I just thought that was gonna be okay for me. But it is not okay for me. I want so much more, and I deserve so much more."

You do deserve more, and you're gonna get it, Hannah Alabama! Here's hoping your cousin, Hannah Montana, makes an appearance!

Related Stories
Where Are They Now: The Couples of Bachelor Nation
What Is Going On With Colton Underwood's Hair?
I'm Obsessed With 'The Bachelor' Abroad
Amanda Mitchell Amanda Mitchell is a writer and podcaster with bylines at Marie Claire, OprahMag, Allure, Byrdie, Stylecaster, Bon Appetit, and more.
This content is created and maintained by a third party, and imported onto this page to help users provide their email addresses. You may be able to find more information about this and similar content at piano.io
Advertisement - Continue Reading Below
More From Celebrity
Emma Watson Stunned at the Earthshot Prize
Kate "Didn't Have Much Energy to Bond" With Meghan
Advertisement - Continue Reading Below
Blake Lively Trolled Ryan Reynolds Again
Kourtney Kardashian and Travis Barker Are Engaged!
See Kate Middleton's Subtle Environmental Look
Prince George "Adored" Seeing Dinosaur Fossils
Kate Middleton Borrows The Queen's Fashion Trick
Princes Charle and William "Competing" Over Causes
Lilibet May Be Christened in California After All
The Sweet Family Photos in Prince William's Office