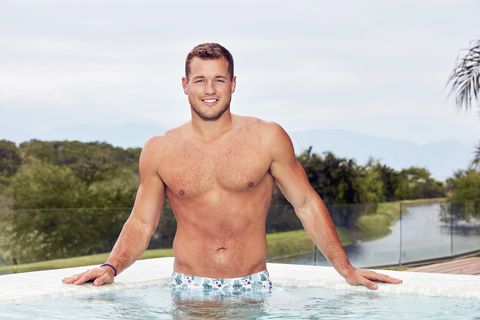 Get ready for 12 solid weeks of virgin jokes and innuendo, because Colton Underwood is the next Bachelor. Just in case you've been living under a rock for the past six months, Colton Underwood is the fourth-place finisher on Becca Kufrin's season of The Bachelorette, a former football player(?), and a multitude of other traits I'm sure we'll learn more about during his time as The Bachelor.

We do know he's wishy-washy and is really good at sliding in the DMs of women he thinks will be The Bachelorette, if the saga of Colton & Tia from Bachelor in Paradise has told us anything. His charity is named after himself, yet it was created for his cousin with Cystic Fibrosis.

Colton Underwood is the 23rd Bachelor, and Twitter. Is. Pissed.

The penultimate episode of Bachelor in Paradise's fifth season ended with Colton walking off alone, breaking things off with Tia after weeks of the two of them basically ostracizing themselves from the rest of the cast by not being able to choose each other but not wanting the other one to date other people. Clearly, people saw through that ruse.

So Colton broke things off with Tia during paradise to become the next bachelor? Noooo, no way! 😒 #bacheloreinparadise #thebachelor pic.twitter.com/cUAiPkOJho

Rebellion and protests are currently being planned nationwide:

If Colton is #TheBachelor, we will boycott! We know we say this a lot but this time we mean it! pic.twitter.com/ccH8rJYKkd

GIVE THE PEOPLE WHAT THEY REALLY NEED, ABC.

Also us, if Grocery Store Joe doesn’t end up being #TheBachelor: pic.twitter.com/rcFCWzZnxo

This tweet, speaking truth in a time of madness (it's never okay to judge someone for their sexuality, even though ABC most certainly will.)

Hey Bachelor Nation! Just want to let you know that even if you don’t want Colton to be #TheBachelor, it’s not okay make fun of him for being a virgin, or to question his masculinity and sexuality!! It’s his choice and it’s so easy to just respect him for it! Stop being gross!

Underwood (also known as The Artist Formerly Known As Aly Raisman's Ex-Boyfriend) was chosen over fellow contestants on The Bachelorette's 14th season, third-runner-up Jason Tartick and runner-up Blake Horstmann for the titular role, and people even went so far as to hope ABC would pull a last-minute switcheroo.

when they choose Colton over Jason for #TheBachelor pic.twitter.com/9FB42QxeAf

WHAT ABOUT BLAKE?!!! Seriously so obvious Colton left the show to be the bachelor #TheBachelor

COLTON IS THE NEXT BACHELOR. I WILL NOT MISS A SECOND OF THIS SEASON. #TheBachelor

To summarize the sentiment on Twitter in a GIF:

#TheBachelor
Good Morning America: COLTON IS THE NEXT BACHELOR!!!

We'll see what's to come from Colton on The Bachelor, but we already know Tia's looking for a new wardrobe for her surprise limo exit. 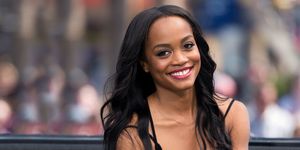