3
Fall Sweaters to Snuggle Up In
4
We Should Have Known About J.K. Rowling's Views
5
The Oral-B iO Toothbrush Replacing My Dentist RN
Amanda EdwardsGetty Images

Chris Evans, I truly did not imagine the day would ever come that I had to write this, but we have a problem. I’m not sure if, to date, you’ve selected your roles with a particular sensitivity to the very specific mid ‘00s traumas of one teenage girl from South Shields, north east England, but you’ve made a very significant misstep, friend, in accepting the role of the dentist in the upcoming adaptation of Little Shop of Horrors. It feels like you don’t know that said teenage girl once fainted on stage during someone else's performance of "Suddenly Seymour," forever tainting Little Shop of Horrors with the ripe stink of acute embarrassment? And it seems like you haven't considered that the now adult version of said teenage girl is compelled to see every single thing you appear in, and will thus be forced to relive that mortifying moment in a theater alongside hundreds of strangers?

In the unlikely event that anyone but Chris Evans himself is reading this article, allow me to give you some context: On Monday, the Hollywood Reporter claimed that Evans was in talks to play the sadistic, abusive dentist Orin Scrivello in the upcoming adaptation of Little Shop of Horrors, the role played by Steve Martin in the 1986 movie. Evans proceeded to tweet said article, adding a tooth emoji for good measure—which would suggest he's locked down the role.

In fact, Evans made his interest in the new adaptation very clear back in 2019, telling the Hollywood Reporter, "I want to do a musical so badly, man. Someone told me they're [remaking] Little Shop of Horrors and I was like, 'Oh, can I be down? Please? Can I be the dentist?'" Billy Porter has already signed on to play carnivorous plant Audrey II, according to the Hollywood Reporter, while Taron Egerton and Scarlett Johansson are "in talks" to play Seymour and Audrey. Fine, I will accept it: This adaptation sounds bloody good and I will probably see it in theaters more than once. But it will be painful, Chris! And I will absolutely hold it against you! 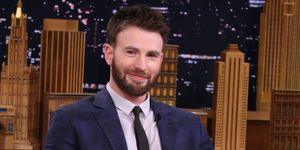 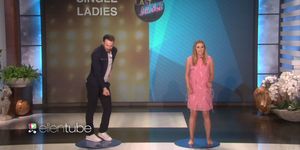