Perhaps you've heard of a small 2009 Belle and Sebastian-soundtracked, partially Ikea-based movie titled 500 Days of Summer? And perhaps you watched said movie as a teen, and could not imagine how Zooey Deschanel could possibly break sweet, precious Joseph Gordon-Levitt's heart so callously, only to subsequently realize that Deschanel's Summer was not to blame for refusing to be the one-dimensional manic pixie dream girl (remember that phrase?) Gordon-Levitt's Tom projected onto her? Well, in happy nostalgia news, JGL himself just tweeted that he absolutely agrees with the latter take, and said tweet quickly went viral.

If, like many of us, you're spending an increased amount of time on Twitter of late, you'll no doubt have encountered the "villain/actual villain" trend. @chrissymeds tweeted photos of Summer and Tom, titling the former "the movie villain" and the latter "the actual villain," a very correct tweet that quickly went viral. Then Gordon-Levitt himself chimed in, tweeting, "I approve this message."

I approve this message 👀 https://t.co/AVnY3bbCPU

In a 2019 interview with Entertainment Weekly to celebrate the movie's 10th anniversary, both Deschanel and Gordon-Levitt agreed that Summer was not, in fact, the villain of 500 Days of Summer. "This is a movie with zero dramatic irony. Zero. It is 100 percent from Tom’s point of view, which we’ve talked about before, but it’s one thing people very much misunderstand about the movie. They think Summer’s a villain," Deschanel said. 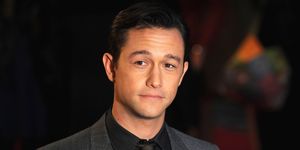 Joseph Gordon-Levitt and Tasha McCauley Had a Baby
Joseph Gordon-Levitt Explains Why He's a Feminist
Emily Dixon Emily Dixon is a British journalist who’s contributed to CNN, Teen Vogue, Time, Glamour, The Guardian, Wonderland, The Big Roundtable, Bust, and more, on everything from mental health to fashion to political activism to feminist zine collectives.
This content is created and maintained by a third party, and imported onto this page to help users provide their email addresses. You may be able to find more information about this and similar content at piano.io
Advertisement - Continue Reading Below
More From Celebrity
George Won't Be Forced to Go to Boarding School
Diana Would Have Written a Memoir Too, Friend Says
Advertisement - Continue Reading Below
A Slice of Diana's Actual Wedding Cake Is For Sale
Matt Damon Trolled Ben Affleck and Jennifer Lopez
This Old Video of the Queen Saying "Nah" Is LOL
Diana Had a Secret Message on Her Wedding Shoes
Will's Friends Made "Jibes" About Kate's Mom
William Will Suffer "Worst" from Harry's Memoir
Simone's Boyfriend Sent Her the Sweetest Message
Harry's Friends Don't Want to Be in His Memoir